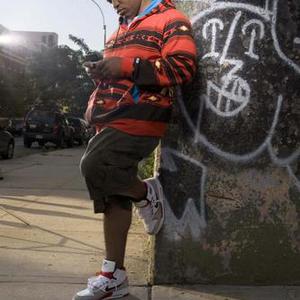 TORAE was up four hours before you this morning. By the second time you hit snooze on any given day he could be in the booth recording your new favorite song, penning his next feature on a hot compilation or on his way to your town to give you the show you've been waiting for tonight. Anything is possible, which explains how he's performed before 20,000 people at a sold-out Nassau Coliseum and hit the stage with the likes of The Clipse, Cam'ron, Juelz Santana, Jim Jones, Stimuli and countless others all before signing a major recording contract.

Oh you ain't know? This self proclaimed ?new breed of the raw' gained his first exposure after submitting a demo tape to Bad Boy Records in the late 90's. Impressed with the demo, one of the label's executives featured TORAE on a compilation album released through an independent company. Soon after TORAE was invited to join The Ruff Ryders and Cash Money Millionaires on their nationwide tour. He went on to record and release a 12" single "Gimme The Mic" b/w "Spice Thang" on his own Internal Affairs Entertainment imprint, which you may have heard during several mix-show segments on New York's # 1 Hip-Hop Radio Station Hot 97. The buzz circulated throughout the music industry's elite, and while on the set of Cam'ron's music video for ?My Hood? TORAE had the opportunity to show Cam and his friends just how vivid he could spit. He became a part of the Diplomat family, and although not signed to their label, remained close to Cam'ron, and the Dipset. It has been said that TORAE ?redefines the word grind? and even at that early point in his career it was evident why. He continued to bless mix CD's by the hottest DJ's from coast-to-coast (DJ Self, DJ Bedtyme 357, DJ Mickey Knox, DJ Vega Benetton & others), and even an advertising drop for the NBA Cavalier's forward LeBron James, which was added to Cleveland radio stations. His intro verses for Hot 97's DJ Camilo, and Power 105's Steph Lova had the streets restless and ready for more. TORAE has performed from Manhattan to Miami and even laced an introduction to the weekly "Roc Radio Show" on New York's Power 105 & XM Radio, hosted by music mogulDamon Dash. In May 2006 TORAE released the single "Promises" b/w "T.I.M.E." on AV8 Records as a member of the underground hip-hop supergroup The Co. {Coalescence}. The new union nailed the classic combination of ?ill beats, sick bars and hot hooks?. The single remains in heavy rotationon underground radio shows, music choiceand both satellite radio stations. It was featured on The JustoTribute mixtape hosted by Pete Rock, and only three months after its release, nominated for two Underground Music Awards (Best Rap Group & Song of the Year). TORAE shines whether it be a solo or a group project and you can find both on a wide array of internet hip hop entities, including but not limited to allhiphop.com, hiphopgame.com, hhnlive.com, str8hiphop.comand hiphopdx.com. They don't call him a young veteran in jest. TORAE has recorded with platinum & gold selling producers, such as DJ Clark Kent (Notorious B.I.G., Jay-Z), Jimi Kendricks (Ja Rule, R. Kelly), Khrysis (Little Brother, Justus League), Illmind (G-Unit Records) and DJ Babu (Dilated Peoples, World Famous Beat Junkies). He will soon release his fourth mixtape adding to Coney's Island's Finest, Da Young Veteran and Make Room @ Da Top. The highly anticipated Daily Conversation has guest appearances by Skyzoo, Tash of Tha Liks, Chaundon, The Co. and more, and features production by 9th Wonder, Khrysis and Hi Tek. The first single,"Get It Done" is ringing in the new year on xxlmag.com's banger section. What better way to showcase the man with the out of this world swagger and ridiculous flow, and hip hop royalty DJ Premier behind the boards? The proverbial tock is ticking until the takeover. With songs like "Calling Me", "Something To See" and "A Nu Day" becoming fan favorites during shows TORAE is ready to deliver his lyrical genius to the world. In addition to his solo and group endeavors you'll be hearing his voice on Rawkus Records' Soundbombing 4, the eMC Project (Masta Ace, Wordsworth, Punchline & Strick), and DJ Babu's new Duck Season this year, to name a few. His style, wordplay, and cadence is the breath of fresh air needed to bring Hip-Hop back to the future. He's warned other MC's to step their bars up, because with his colorful commentary he can give you his whole image in 16. Get ready for just what you've been missing...and all he asks is that you spell his name right.

Off The Record (EP)

Allow Me To Re-Introduce Myself