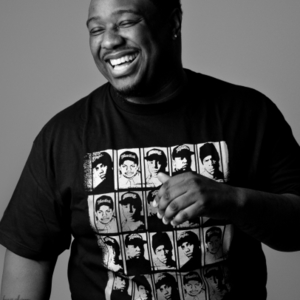 Phonte (b. Phonte Coleman) is a Grammy nominated American rapper, singer and songwriter. Phonte is one-half of the duo The Foreign Exchange, with Dutch producer Nicolay, and former member of the acclaimed North Carolina trio Little Brother, with Rapper Big Pooh & 9th Wonder. His rhymes tend to be no-frills tales of working-class life. He has also recorded a parody-like R&B EP under his alter ego Percy Miracles.

Phonte has guested on numerous records by other artists, often as a vocalist on songs by the Justus League collective. He made a guest appearance on the song "Beats N' Rhymes" by Kev Brown's album I Do What I Do, and has also recorded tracks with producer Oddisee, both members of the Washington D.C (DMV)-based Low Budget Crew. In 2006, he was featured on producer DJ Shadow's The Outsider album. In the following year he contributed vocals to rap group Playaz Circle's "Paper Chaser", from their album Supply & Demand.

No News Is Good News