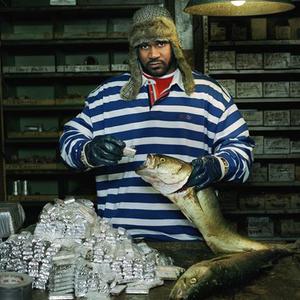 Dennis Coles (born May 9, 1970), better known by his stage name Ghostface Killah, is an American rapper and member of the Wu-Tang Clan. After the group achieved breakthrough success with their 1993 debut, Enter the Wu-Tang (36 Chambers) , the members went on to pursue solo careers to varying levels of success. Ghostface Killah debuted his solo-career in 1996 with Ironman, which was well received by music critics. He would continue his career, creating additional award-winning albums over the following years such as Supreme Clientele, Fishscale, More Fish, and The Big Doe Rehab.

Ghostface Killah is critically acclaimed for his loud, fast-paced flow, and his stream-of-consciousness narratives containing cryptic slang and non-sequiturs.

Ghostface Killah was raised in the Stapleton housing projects in Staten Island, New York. In his autobiographical song "All That I Got Is You", Ghost tells the story of his childhood. He raps about how he grew up in a three bedroom apartment without his father, who left him at the age of six. Apparently, his mother had nine children.

His stage name was taken from one of the characters in the 1979 kung fu film Mystery of Chessboxing.
He was also a close friend of the three founding members of Wu-tang clan