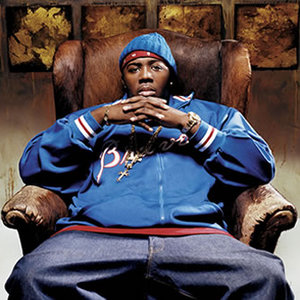 Erick Sermon is an American rapper and producer. He also goes by the names "E-Double" and "The Green Eyed Bandit". Sermon is best known as one half of the late-1980s/1990s hip-hop group EPMD. He began recording solo albums for Def Jam in 1993; in 1997, he rejoined EPMD. The following year, Sermon, Keith Murray and Redman recorded a cover version of "Rapper's Delight" by The Sugarhill Gang, the first hit hip-hop record. EPMD disbanded a second time in 1998. In 2000, Sermon moved over to J Records, and released the album Music the following year.

The title track (a Top 40 pop hit that also made it to #2 on the R&B music charts), featured guest vocals from late soul music legend Marvin Gaye, culled from unreleased recordings which Sermon reportedly found in a small record shop in London. React was released in 2002. In 2003, J Records dropped Erick Sermon due to poor record sales. However, he still went on to establish his Def Squad imprint with Motown Records. At this time, he recorded an album, Chilltown, N.Y., which was released a year later in 2004. The album was powered by the single "Feel It" (which contained a sample of Reggae/R&B Singer Sean Paul), a song which became a moderate success in the United States. In an interview, he stated that he was going to step aside and try to get upcoming artists in the spotlight. However, Sermon hasn't stopped doing music altogether, as he has just recently produced the song "Goldmine" on Busta Rhymes' album, The Big Bang in 2006. Very soon after, Sermon has recorded "Don't Make No Sense" with Def Squad.

Sermon joined up again for a special EPMD worldwide tour in 2006, were he was being held company by Keith Murray among others.