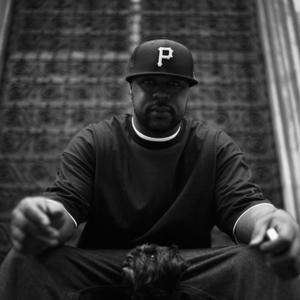 Sean Price aka Sean P is an American rapper from Brownsville, Brooklyn, New York, famous as a member of hip-hop collective Boot Camp Clik. He came to fame as a member of the duo Heltah Skeltah, performing under the name Ruck, with partner Rock. He has released two albums with Heltah Skeltah, 1996's acclaimed Nocturnal and 1998's Magnum Force. He released his solo debut in 2005, titled Monkey Barz.

He continues work with the Boot Camp Clik and recently reunited with Rock, with the duo planning to release another Heltah Skeltah album titled D.I.R.T., an acronym for Da Incredible Rap Team. Price has recently contributed a track on the upcoming Chinga Chang Records mixtape Residual Income VOL 1 entitled "Down Wit My Niggaz". Sean has also been featured in the hit game Call of Duty 4: Modern Warfare, with a snippet of one of his songs in a level. Jesus Price Supastar, his sophomore album, was released in early 2007. He is famous for being quoted saying "I'm the brokest rapper alive." He just released a new Heltah Skeltah album entitled D.I.R.T. (Da Incredible Rap Team) alongside Rock September 30th, 2008

Songs In The Key Of Price

P-Body bw Mess U Made CDS