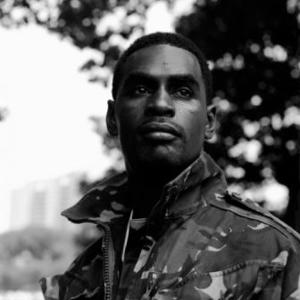 El Da Sensei stepped onto the hip-hop scene as one half of the Newark, NJ, duo, Artifacts. The Artifacts first rose to fame with the hit "Wrong Side of the Tracks." After El Da Sensei and his partner Tame-One sent a rough demo to Bobbito the Barber at WKCR in New York, the group was signed to Big Beat/Atlantic Records. They released their debut album, Between a Rock & a Hard Place, in 1994 with "Wrong Side of the Tracks" as the lead single and video. After that initial hit, the Artifacts splashed the world with joints like "C'mon Wit Da Git Down" and "Dynamite Soul," and went onto tour the U.

. as well as Europe and Japan. They had developed a fan base of hardcore hip-hoppers, being graffiti artists and hip-hop purists themselves; they sparked a new sub-culture in hip-hop called "backpackers." In 1996, the group followed up their debut with their sophomore album, That's Them. Although not nearly successful as the first album, many hip-hop fans claim the album is an "underground classic," spawning the underground hits "The Art of Facts" and "The Ultimate." Shortly after the release of the second album, El and Tame decided on an amicable break up. After the split, El Da Sensei went on his own traveling around the world and appeared on numerous compilations from Japan to Norway to Germany. During this time, he dropped the singles "Frontline" and "Got That" to let fans know he was still working.

In 2006 he returned with his sophomore album titled "The Unusual".