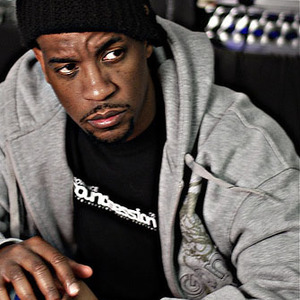 Masta Ace (born Duval Clear) is a rapper from brooklyn, New York. Appearing on the classic 1988 posse cut, The Symphony, he garnered notoriety as an unsung asset to the Juice Crew posse, and is therefore, widely considered one on the roster, where he released a number of well-respected albums that were nonetheless little-heard outside purist circles. The single that has earned him the most attention has been Jeep Ass Niguh (alternatively known as "Born To Roll", essentially a remix which uses the track from Def Jam artist Original Concept's "Knowledge Me").

His most recent (and reportedly final) solo album, A Long Hot Summer, gained considerable acclaim in 2004. He is currently in the hip hop group eMC, with Punchline, Wordsworth and Stricklin. They have a page at http://www.myspace.com/emcthegroup.

In the early stages of his career, Masta Ace was very energetic (cf. "Jeep Ass Niguh", where, tongue-in-cheek, he taunts police officers for their knee-jerk predisposition to harass black youth on city streets.) He also recorded material with a six-member supporting entourage, Masta Ace Incorporated. In light of his newly claimed status as a veteran, he has gravitated toward an earnest, matter-of-fact plainspokenness in the new millennium. Many of the songs that have lent newfound heft to his reputation are simple, no-nonsense rumination on feelings and facts of urban American life, including "Soda and Soap", "Brooklyn Masala" (which highlights a budding romance between Ace and a lovely but reserved Pakistani Hindu immigrant), and "Beautiful".

1988-1994
Ace made his recording debut as Master Ace on the classic hip-hop posse-cut "The Symphony", along with fellow Juice Crew members Craig G, Kool G Rap, and Big Daddy Kane, released on Marley Marl's In Control album. In Control also featured two lesser known Ace tracks "Keep Your Eyes on the Prize" and "Simon Says". His first solo single, "Together" b/w "Letter to the Better", was released in 1989. He released his debut album, Take a Look Around, through Marl's Cold Chillin' label in 1990, featuring production from Marl and DJ Mister Cee. The album featured two minor hit singles in "Music Man" and "Me & The Biz", a track in which he impersonates fellow Juice Crew member Biz Markie. During the few years between his debut and his sophomore album, Ace began having bitter feelings toward the commercial state of hip hop music, feelings which ruled the content on his second release, 1993's Slaughtahouse, with the loose concept of the album seeing Ace taking the fake "gangsta emcees" to his "Slaughtahouse". The album featured Ace's new crew, Masta Ace Incorporated, which included Eyceurokk, Lord Digga, Paula Perry and R&B vocalist Leschea. The album sold moderately well, fueled by the singles "SlaughtaHouse", "Saturday Nite Live", "Style Wars" and "Jeep Ass Niguh". "Jeep" featured an unlisted remix titled "Born to Roll", which became a smash crossover single in 1994, peaking at #23 on the Billboard Hot 100 chart. Also in '94, Ace became a member of a temporary crew called the Crooklyn Dodgers, along with rap vet Special Ed and Black Moon's Buckshot, and recorded the title track for the soundtrack to Spike Lee's film Crooklyn. The song became Ace's second Hot 100 hit in 1994, peaking at #60 on the chart.

1995-2000
Ace furthered his mainstream appeal in 1995, with his radio-friendly Sittin' On Chrome[album artist=Masta Ace] album. This effort was also released with the Masta Ace Incorporated crew, now also known as The I.N.C. The album was Ace's most commercially successful release, breaking into the Top 20 on Billboard's Top R&B/Hip Hop Albums chart. Sittin' On Chrome included "Born to Roll", as well as two other Hot 100 hit singles, "The I.N.C. Ride" and "Sittin' on Chrome". In 1996, Ace split up with the I.N.C. crew and was largely missing from the hip hop scene over the next five years, save for a number of random vinyl singles. During his vinyl days, he bounced from a number of labels, releasing his "Cars" single on Tape Kingz Records, his "Yeah Yeah Yeah" and "NFL" singles on the Union Label, his "NY Confidential" single on Replay Records, his "Express Delivery" single on Three Sixty Records, his "Spread It Out/Hellbound" single on Yosumi Records, his "Conflict" single on Mona Records, his "Ghetto Like" single on Fat Beats, his "So Now U A MC" single on Bad Magic Records, and his "Brooklyn Blocks" single on Buckshot's Duck Down Records.

2001-present
Ace's "Ghetto Like" single led to a misunderstanding with an underground emcee named Boogieman, who released a somewhat similar single titled "Ghetto Life" not long before. He thought that Ace was "biting" his track and released a dis song toward Ace titled "Just You Wait". The dis led to a rap battle between the two at a Lyricist Lounge event, a battle that was won by Boogieman. Ace later claimed that he delivered his rhymes off the top of his head, while Boog was rapping previously written lyrics, a topic which he discusses on his scathing retaliation track "Acknowledge", aimed at Boogieman and the underground rap group the High & Mighty. "Acknowledge" was included on his fourth full length album, [album artist=Masta Ace]Disposable Arts, released in late 2001 through JCOR Records, six long years after his successful Sittin' On Chrome album. Disposable Arts became one of the most acclaimed underground hip-hop releases of 2001, beloved for its pure hip hop style and clever album concept, which served as a fictional story, chronicling Ace's time spent at a satirical rap school named the Institute of Disposable Arts. JCOR Records folded soon after the release, leaving it out-of-print, until being re-released in 2005 on Ace's self-established M3 label. The album closer, "No Regrets", led many fans to believe that it would be Ace's final album, because of the line "I don't know if it's the end, but yo, it might be". Ace killed the rumors by returning in 2004 with his fifth album A Long Hot Summer, another highly acclaimed effort. The story concept, similar to that on his last release, served as a prelude to the story told on Disposable Arts, chronicling the "Long Hot Summer" that led to his character's incarceration at the beginning of the Disposable Arts album. Rumors once again spread about a retirement, which were again killed, when Ace announced the formation of his new rap crew named eMC, including himself, Punchline, Wordsworth and his protege Stricklin. The crew plans to release a group album sometime in 2007.

Openness to collaborations
In large part, the creative company Masta Ace keeps is comprised of underground performers with whom he has developed a personal rapport. He commonly acknowledges his fan base outside of the United States, which is considerably larger than within, as in the final seconds of his song "Good Ol' Love". He has shown an openness to working with foreign-based producers, including Koolade of Croatia and DJ Serious of Canada. He also performed a guest rap for the British acid jazz group Young Disciples for their debut album.

In Scandinavia, he recorded "What Is It" with Norwegian veteran producer Tommy Tee in 2003, for the soundtrack to the car racing game "Midnight Club 2", which also was featured on several European mixtapes.

Within the United States, he has worked with Jean Grae, 9th Wonder of Little Brother, DJ Spinna, DJ Premier, RJD2, Pete Rock, Domingo, Ali Shaheed Muhammad of A Tribe Called Quest, and Kno of CunninLynguists. Q-Tip enlisted him as a contributor to the original Crooklyn Dodgers track in 1992. The track spawned a follow-up in 1995, with a third projected for 2006, but neither Ace nor the other original contributors, Special Ed and the bellicose Buckshot (of Black Moon and Boot Camp Clik), were involved with them. Instead, the second Crooklyn Dodgers track was produced by DJ Premier and involved O.C., Chubb Rock and Jeru The Damaja, where the planned third installment is said to involve Mos Def, Jean Grae, and Memphis Bleek, with production courtesy of 9th Wonder.

By extending largesse to younger MCs even as he has been careful to solidify connections with the rap game's old guard, he has amassed a list of collaborators numbering over 60. The most notable of his collaborators have been Eminem (who has expressed ongoing admiration for his skills), Common (on the track "Claimin' Respect" as part of a trio called Boulevard Connection), Guru of Gang Starr, Edo G (the third member of Boulevard Connection, from Boston), Jean Grae, Saukrates, Young Zee, Big Noyd, Cella Dwellas, King Tee, Tonedeff, Rah Digga, Strick, Das EFX, Greg Nice and the Beatnuts. He devotes several lines of the track "No Regrets" to express goodwill and thanksgiving to the artists he has worked with, calling these opportunities some of the most valued blessings of his career.

Hits U Missed Vol. 4 (The Freestees)