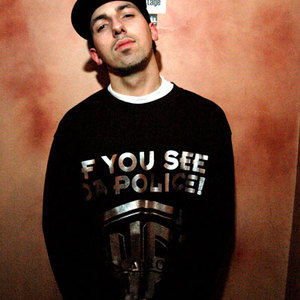 Termanology is a half Puerto Rican, half French rapper from Lawrence, Massachusetts, who later moved to Haverhill, Massachusetts. He is currently working on a solo album, but has released several mixtapes and a street album. He is gaining much recognition for his lyrical capability and delivering a message through his rhymes. He is most well known for his street anthem "Watch How It Go Down," which was produced by DJ Premier. He has collaborated with artists such as Nas, Royce Da 5'9", Papoose, M.O.P., Akrobatik and Terror Squad. He is a owner of the record label St Records.

Term's first single, "This Is Hip Hop," has reached #3 on the CMJ and Rapattack charts.

Shut Up And Rap