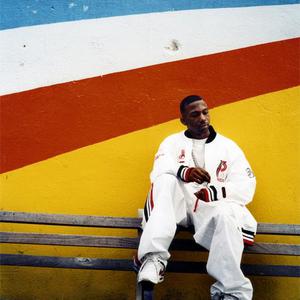 John Austin IV,(born September 25, 1976 in Carson, California), is better known by his stage name Ras Kass. He released his debut album Soul on Ice in 1996. The album built up considerable hype through the release of several independent singles, including "Remain Anonymous" and "Won't Catch Me Runnin'." Soul on Ice saw little commercial success but was adored by the hip-hop underground, which appreciated both his sharp battle rhymes and his militant Afrocentricity.

The latter also caused controversy due to the songs "Ordo Abchao" and "Nature of the Threat," which were tracks detailing the history of white-on-black racism, the latter lasting for well over seven minutes and likely his best-known song. Some claimed that Ras was extreme to the point of racism against Caucasians.

Ras Kass made a big push to make sure his second album Rasassination was commercially successful. As well as securing guest appearances from Xzibit and the Wu-Tang Clan's RZA, he received considerable assistance from superstar West Coast producer Dr. Dre, who rhymed on the lead single "Ghetto Fabulous," the video for which was supported by an extravagant video shot on a luxury yacht.

The album contained some of his most intellectual material to date ("Interview With A Vampire," a theological and spiritual exploration that featured Ras rhyming from the perspectives of God, himself, and the Devil) and occasionally addressed very personal subject matter ("It Is What It Is," concerning his relationship with his mother). Despite the single, his album didn't sell well.

Ras Kass' third album Van Gogh was originally intended for release in 2001. However, the nearly-finished album was leaked onto the internet months before the release date. It received excellent reviews,but the bootlegging caused his label Priority Records to push the release date back twice before the record was eventually shelved indefinitely. This further worsened the relationship between the label and Ras Kass, which was already strained due to disputes over several things, including the level of promotion Ras was being given, and the alleged block of the Columbia/SME Records release of his supergroup Golden State Warriors' debut album. The unreleased Van Gogh album even featured the lyrics "Fuck Priority Records, like Prince I'm writing SLAVE on my cheek" (this was later fulfilled as Ras Kass appeared in popular hip hop magazine XXL with SLAVE written on his face).

The relationship between Ras and Priority reached breaking point when the label also shelved the intended Van Gogh replacement Goldyn Chyld, an album that featured tracks from Van Gogh as well as new material. The indefinite postponement was due to a dispute over the lead single: Ras wanted to release the DJ Premier-produced title track, while Priority wanted a Dr. Dre-produced track, against the wishes of both Ras and Dre. This prompted Ras to launch a Free Ras Kass campaign (supported by an on-line petition and T-shirts) to gain his release from his contract with the label.

In February 2004, Ras Kass went on the run from the authorities after a warrant was issued following an arrest for reckless driving. He then gave himself up during Memorial Day Weekend in May of that year. While incarcerated, he organized the independent release of a mixtape titled Re-Up, which featured himself and other artists. Priority Records unsuccessfully attempted to block this release. In the 2004 song "Rise of the Machines," (which featured Ras) Vinnie Paz, front man of the hip-hop group Jedi Mind Tricks showed where he stood on the issue by saying the words Free Ras Kass on the track. In July 2004, Ras filed a lawsuit against Priority Records, Capitol Records, and EMI in protest to his treatment by the label and claimed breach of contract in an attempt to have the mixtape nullified. Ras was denied his release from his recording contract with Priority/Capitol/EMI Records in January 2007, even though Priority was absorbed by Capitol during 2004.

The HRSMN was collaboration between four emcees: Canibus, Ras Kass, Kurupt, and Killah Priest. Together the group released one album called The Horsemen Project during 2003 on Think Differently Music/Proverbs/Babygrande Records. Since that release, fans wait for another album. Although some members of the group kept calling it the Four Horsemen, Canibus always had the idea to add more people and form some kind of hip hop supergroup. A lot of names have been mentioned in the past, such as Pharaohe Monch, Kool G Rap, Pac-Man, Young Zee, Chino XL, Royce Da 5'9", Journalist, Lyrisick, Common, Rakim, Pace Won, Keith Murray, Vinnie Paz, Lonnie B, Danja Mowf, and Crooked I. None of these emcees were made a member of the group (though some artists on this list were featured on tracks)

Revenge of the Spit