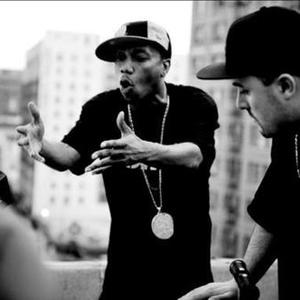 These singles such as "Definition of ILL" and "Place of Birth" were released by various labels such as Stones Throw and ABB Records. He reached full acclaim in 2001 when The Source gave him the First Round Draft Pick and Independent Album of the Year awards for How the West Was One. How The West Was One was recorded with fellow rapper Rasco under the group name Cali Agents and landed him a deal with Interscope Records.

Since Interscope Records had many other popular artists like Eminem and 50 Cent, Planet Asia did not get much promotion. The Fresno rapper stayed with Interscope until 2003 and did not release one album. He did however get nominated for a Grammy Award in 2002 for the song "W" by Mystic. In October, 2007 Asia performed at the OC Tavern after Aliso Black an acclaimed member from the X-tort Clan opened for him. He also made many collaboration tracks with famous artists such as Linkin Park, Bun B, Talib Kweli and Ghostface Killah.

In 2003, Avatar Records signed Planet Asia to an exclusive world-wide recording contract and in 2004 released Planet Asia's debut album, The Grand Opening, to positive feedback. It earned him another Independent Album of the Year award from The Source. Avatar also released 12" vinyl records including "Summertime In The City" b/w "G's & Soldiers" featuring Kurupt, "Its All Big" b/w "Right or Wrong", and "Real Niggaz" featuring Ghostface. His record "G's & Soldiers" featuring Kurupt was prominently featured in John Travolta's 2005 film "Be Cool" released by MGM. After leaving Avatar, Planet Asia started his own record label, Gold Chain Music, with Walt Liquor.

His latest album, The Medicine, was released on October 3, 2006 on ABB Records. The entire album was produced by Evidence of Dilated Peoples, with co-production credits from The Alchemist, Nucleus & Bravo.

The Tonite Show (With The Worlds Freshest)