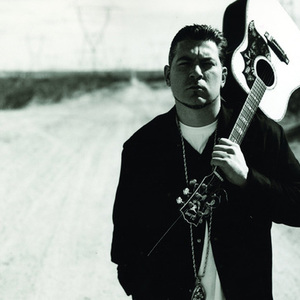 Erik Schrody (born August 18, 1969 in Valley Stream, New York), better known by his stage name Everlast, is a Grammy-Award winning Irish-American rapper and singer-songwriter, known for his solo hit What It's Like and as the front-man for rap group House of Pain. He was also a part of the hip-hop supergroup La Coka Nostra, which consists of his former House of Pain mates, Danny Boy and DJ Lethal, along with Underground rap veteran Ill Bill and Irish-American rapper Slaine.

He was also a part of the hip-hop supergroup La Coka Nostra, which consists of his former House of Pain mates, Danny Boy and DJ Lethal, along with Underground rap veteran Ill Bill and Irish-American rapper Slaine. On July 14 of 2009 they released their debut album A Brand You Can Trust on Uncle Howie Records and Suburban Noize Records.

Everlast was born in Valley Stream, New York of Irish descent. His grandfather was of German descent. Emerging as a member of the Rhyme Syndicate, Everlast's first solo album Forever Everlasting (1990), largely made possible by MC Ice T, was a disappointment both critically and commercially. Following the album's failure, Everlast teamed up with DJ Lethal and high school friend Danny Boy to form House of Pain. The group was signed to Tommy Boy Records, and their eponymous debut album, House of Pain (1992), went multi-platinum, spawning the successful DJ Muggs produced single Jump Around. This song was also remixed twice by Pete Rock, one version featuring a verse from him and one without. The album also featured Cypress Hill member, B-Real, on the song Put Your Head Out.

Fashioning themselves as rowdy Irish American hooligans (Lethal is actually of Latvian heritage), they toured with various rap and alternative-rock bands after their breakthrough. They participated together with Helmet, along with several other rap acts, on the influential 1993 rock-rap collaborative Judgment Night movie soundtrack. The group eventually disbanded in 1996, with Everlast pursuing a solo career.

Everlast's second solo album Whitey Ford Sings the Blues (1998)-- which was released a full eight years after his solo debut and after he had a major heart attack ? was both a commercial and critical success (selling more than 3 million copies). Whitey Ford Sings the Blues was hailed for its blend of rap with acoustic and electric guitars, developed by Everlast together with producers Dante Ross and John Gamble. The album's lead single What It's Like proved to be his most popular and successful song, although the follow up single, Ends, also reached the rock top 10.

Everlast followed-up this success by collaborating with Santana on the track Put Your Lights On on Santana's 1999 album Supernatural. It charted at #118 on the pop chart, but did considerably better with rock radio airplay, peaking at #8 on the Mainstream Rock Tracks chart. "Put Your Lights On" won Best Rock Performance by a Duo or Group with Vocal at the 2000 Grammy Awards.

Despite the success of Whitey Ford Sings the Blues and his success with Santana, Everlast's follow-up album, Eat at Whitey's (2000), stumbled commercially at first in the United States. However, it was eventually certified gold. The album was also embraced critically, especially by Rolling Stone Magazine, which reviewed the album between "good" and "great" and focused on it as that month's most important release.

Shortly after both artists contributed tracks to the End Of Days soundtrack, a feud erupted between Everlast and Eminem. Eminem and Everlast crossed paths before a concert in early 1999. Eminem says he didn't greet Everlast because he didn't recognize him right away, and said Everlast didn't acknowledge him. Everlast's version is that he tried to congratulate Eminem on his success, and Eminem blew him off. Either way, Everlast's verse from the Dilated Peoples all star track Ear Drums Pop (Remix) contained a thinly veiled reference to Eminem "I buck a .380 on ones that act shady", and went on to warn "You might catch a beatdown now where I come from" in his recounting of the incident.

Eminem, in turn, ripped Everlast several times in public and with the song I Remember (Dedication to Whitey Ford) released as the b-side to his group D12's 12" vinyl single Shit on You. In it, Eminem talks about how he remembered Everlast's music, however, "Kid Rock and Limp Bizkit came along now / Don't nobody wanna hear your old ass sing no more."

Everlast responded with the track Whitey's Revenge, released only on his official website. Whereas the song contained references to Eminem's strained relationships with his wife and mother, it was "Better run and check your kid for your DNA", again referring to Eminem's daughter, Hailie Jade Mathers, that set Eminem off.

Eminem & D12 responded with Quitter, the first half uses the backing of Eminem's own song Marshall Mathers, the second half of which is a take off on 2Pac's Hit Em Up (a diss song aimed at The Notorious B.I.G.). In it, he warns Everlast, "If you talk about my little girl in a song again, I'ma kill you." The track ends with the spoken words, "Fuck him, that's it, I'm done, I promise, I'm done, that's it," and again warning, "Mention my daughter's name in a song again you fucking punk."

Everlast echoed similar sentiment on the status of this feud, stating in various interviews that he felt everything had been said and he would now refrain from further responses.

After the sale of the Tommy Boy Records' catalog of master tapes to Warner Bros. Records and its metamorphosis to a dance music label in 2002, Everlast was without a label, but in 2003 he signed with Island Def Jam. His fourth solo album, White Trash Beautiful (2004), was subsequently released after almost a four-year hiatus. The album, which had an almost country-rap feel, received mixed reviews and was a commercial failure. Eventually, Everlast was released from his contract.

In early 2006, Everlast teamed up with his former House of Pain mates DJ Lethal and Danny Boy to join the hip-hop group La Coka Nostra.The group first came to be due to the former House of Pain Hype man Danny Boy starting the group as a collective with rappers Slaine and Big Left (who has since left the group). Soon after the group started, Ill Bill of a now disbanded Non Phixion and Everlast joined the group. Their first known song was Fuck Tony Montana, which features Cypress Hill's MC B Real and Sick Jacken. Due to the popularity of the song online, the group released several more online for free. The group's debut album, A Brand You Can Trust, was released on July 14. The album features guests like Snoop Dogg, B Real, Bun B, Immortal Technique, Sick Jacken and Q-Unique. La Coka Nostra recently joined the likes of Nas and Ill Bill's brother, Necro on Rock The Bells.

In 2007, Everlast was chosen to do the theme song for the TV show Saving Grace. The song,Saving Grace, plays during the show's main title sequence, and was originally released to digital outlets only, however, it was also included on Everlast's fifth solo album, Love, War and the Ghost of Whitey Ford. The album was released on September 23, 2008, on Everlast's own record label Martyr Inc, with distribution by Hickory Records/Sony/ATV Music Publishing (It was revealed through diditleak.co.uk that the album leaked out early on Friday, August 29). A second single and video, Letters Home from the Garden of Stone, was released for free download from martyr-inc.com in December 2007. The third single, a cover of Johnny Cash's Folsom Prison Blues, was released to download on August 19. The Video for Stone in My Hand debuted on the martyr-inc website on October 28, 2008, making it the fourth video for the album.

Love, War and the Ghost of Whitey Ford

Songs Of The Ungrateful Living

Love, War And The Ghost Of Whitey Ford