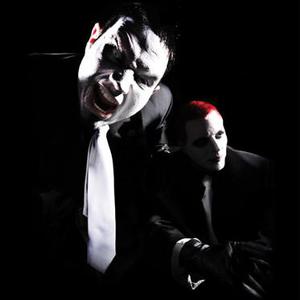 Comrades and label mates of Insane Clown Posse, Twiztid (previously House of Krazees) is an American hip hop duo from Detroit, Michigan. The group is composed of Jamie Madrox (Jamie Spaniolo) and Monoxide Child (Paul Methric). Twiztid performs a style of hardcore hip hop known as horrorcore. They have released seven studio albums, five extended play and have participated in countless compilations. Twiztid's sound is described as having an open obsession with serial-killer horror films, and lyrics related to their roots in Detroit's east side.

Twiztid's debut album, Mostasteless, was originally released independently by Psychopathic in 1997, but was pulled, then re-released a year later on Twiztid's new label; Island with a somewhat different track listing as a result of uncleared samples in a few songs in the original release.

In 2003, Twiztid released its third studio album, The Green Book. The Green Book peaked at #2 on the Top Independent Charts and #52 on the Billboard 200.

On July 4, 2007, Twiztid released its sixth studio album, Independents Day. The album featured guest appearances from rappers signed to independent record labels, such as The Dayton Family, Tha Dogg Pound, hed pe frontman Jahred Shane, Tech N9ne and Krizz Kaliko. It also notably features appearances by D12 members Proof and Bizarre. Proof's colaboration with Twiztid entitled, "How I Live" was Proof's last song before his death in April 2007. The album peaked at #4 on the Top Independent Albums chart, #9 on the Top Rap Albums chart and #57 on the Billboard 200.

On March 17, 2009, Twiztid released its seventh studio album, W.I.C.K.E.D (Wish I Could Kill Every Day). W.I.C.K.E.D is Twiztid's currently highest charting album, peaking at #11 on the Billboard 200, #4 on the Top Rap Albums chart, and #1 on the Top Independent Albums chart.

The Continuous Evilution Of Life's ?'s

For The Fam Volume 2