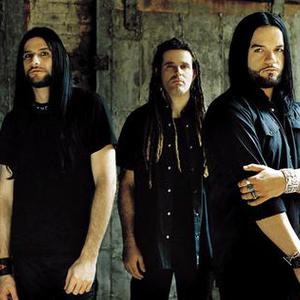 The group was formed in September 1996 in Memphis, Tennessee. While Memphis was an unlikely place for a grunge / n?-metal band, Saliva was able to follow in the tradition of crafting hard rock songs in radio-friendly format popularized by the likes of Creed and Nickelback. After competing in the National Academy of Recording Arts & Sciences Grammy Showcase competition, where they advanced to the final round in New York City, the group self-released their self-titled debut album which sold over 10,000 copies in their region, prompting Island Records to take notice.

Their Island debut Every Six Seconds was released in 2001, followed by Back Into Your System in 2002.

On May 29, 2005, guitarist Chris D'abaldo announced that he had left the band "for obvious reasons, as the band is not a unit anymore." He then shortly retracted his statement and apologized, declaring on the band's website that "there was a bit of an issue we're working through and we're looking forward to recording a new album later this year". However, his departure appears to have been confirmed; the band's website currently apologizes for the confusion and confirms that due to 'creative differences', D'abaldo is leaving the band, but that Saliva "is completely moving forward as planned and [has] our best music ahead of us".

Saliva is also an early 90's rock band from Gothenburg, Sweden. They released one EP in 1994; "Hooligan at Heart"

In It To Win It