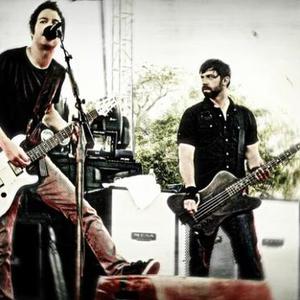 Chevelle is an alternative metal band from Grayslake, IL. They formed in 1994 with the members of Sam Loeffler, Pete Loeffler (brothers) and Matt Scott. Matt was later replaced in 1996 by Joe Loeffler as bass player. On July 10, 2005 Joe was fired because of "irreconcilable differences". Geno Lenardo (Filter) filled in until August 2005, when Dean Bernardini (brother-in-law to the Loefflers) became the new bass player of Chevelle.

Inspired by the lurching riffs of Helmet and the soft/loud vocal styling of Tool, Chicago-based trio Chevelle's aggressive, heavy sound is all about mounting tension exploding into raw guitar bursts. They started out playing parties and outdoor events, which quickly led to bookings at Chicago clubs when youngest member Joe was just 16.


Chevelle released their first studio album titled Point #1, on May 4, 1999.
Chevelle recorded a demo known as The Blue Album, and played small concerts for the next three years until they were signed on to Steve Taylor's Squint Entertainment.[4] The band recorded for 17 days in Electrical Audio studios, and in 1999, Chevelle released the album, Point #1 which was produced by Steve Albini.


Chevelle released their second studio album titled Wonder What's Next, on October 8, 2002.
Released three years after Point #1 and following tours with bands like Filter, Sevendust, Powerman 5000, and Machine Head ? the band had inked a deal with Epic and issued Wonder What's Next, released in August 2002. The album went platinum by the next summer and their second single, "Send The Pain Below," was a number one hit on modern rock and mainstream radio.


Chevelle released their third studio album titled This Type Of Thinking Could Do Us In, on September 21, 2004.
The album debuted at number eight on the Billboard 200, and was certified gold by the RIAA six weeks later. The song "Vitamin R (Leading Us Along)" was released as the first single from the album and reached the number one position on the Mainstream Rock chart. Two other singles were released from the album, the titles of which are "The Clincher" peaking at number three on the Mainstream rock chart, and "Panic Prone" which peaked at number 26 on the same chart.


Chevelle released their fourth studio album titled Vena Sera, on April 13, 2007.
The album was recorded with producer Michael "Elvis" Baskette, whom the band previously worked with on both "This Type of Thinking (Could Do Us In)" and "Wonder What's Next" albums. Vena Sera debuted at number 12 in the Billboard 200 with Chevelle being the only rock band in the Top 15.

Chevelle released their fifth studio album titled Sci-Fi Crimes, on August 31, 2009.
The album was recorded with producer Brian Virtue. The band's brand new single, "Jars", was the No. 1 most added track at rock radio and the single is quickly becoming one of the band's biggest hits to date entering the Top 20 after only two weeks.
Chevelle spent seven weeks co-producing "Sci-Fi Crimes" with Brian Virtue (Jane's Addiction, 30 Seconds To Mars, Deftones) in Nashville, Tennessee.

Chevelle's sixth studio album titled Hats Off To The Bull is expected to be released December 6, 2011. The Face To The Floor Songfacts reports that the main concept of Hats Of to the Bull is rooting for the underdog, and its lead single, "track artist=Chevelle]Face To The Floor[/track]" was written about the many thousands conned by a Ponzi scheme. The track was leaked on September 28, 2011 and debuted on radio October 10, 2011.

Chevelle In an April 2010 interview, drummer Sam mentioned that Pete is currently writing new material for a new album due for a possible fall 2011 release. Chevelle is currently back in the studio working on the new album. According to Pete Loeffler's Twitter account, the band has completed six songs as of April 2011. Chevelle drummer Sam Loeffler mentioned the album could feature a duet with a female artist, and also mentioned that the album could either be fully acoustic or a return to the hard rock style Chevelle had on Wonder What's Next, however Sam Loeffler had mentioned it would be "definitely returning to heavy melodic rock, which is the sound we love."[citation needed] As of May 2011, Chevelle is finished writing songs for the new album and is in Pasadena, CA at JHOC Studios to work with Joe Barresi as the album's producer.[citation needed]. As of June 15, 2011, Pete Loeffler has confirmed the rumors of a female duet (in a Facebook video), by bringing in his sister Natalie, who is also bassist Dean Bernardini's wife. Pete is also expecting to have a single for the new album in August.

Chevelle is the name of at least two groups, the other being a reggae gospel group.
The band decided to name the band CHEVELLE because it was their dads favorite car- Lala3488

Take Out The Gunman (CDS)

Stray Arrows - A Collection Of Favorites

Hats Off To The Bull (Best Buy Edition)

Hats Off To The Bull

Live At The House Of Blues Chicago