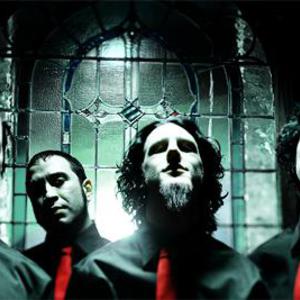 Formed in 1994, the band's original line-up consisted of vocalist David Gabbard, guitarist Tom Maxwell, bassist Bill Gaal and drummer Chris Houck. They released three tapes with this lineup, until Gabbard left the band. At this point Matt Holt took over singing duties. The band then recorded a self-titled album featuring ten songs. DCide then discovered Nothingface, and they re-recorded the album, with six of the songs featuring on their debut album Pacifier, released February 6, 1997.

The band's second album An Audio Guide to Everyday Atrocity was released on September 22, 1998 via DCide/Mayhem Records. The band toured in support of the album throughout the United States with Stuck Mojo,[2] Sam Black Church and Ministry.[2]

Two years later, the band released their third album Violence on October 10, 2000. It was the band's national debut, released via TVT Records. Chris Houck recorded drums for this album but had to leave the group due to medical issues that would prevent him from touring. He was replaced by Tommy Sickles of Ingredient 17 fame (Matt and Tommy's band before Nothingface).

In early 2001, Bill Gaal left the group to pursue a career in music production and engineering. He was replaced by Jerry Montano, formerly of The Deadlights. A few months later, Gaal returned.

The band released their fourth album Skeletons on April 22, 2003 via TVT Records. That summer, the band played on the second-stage of the popular Ozzfest tour.

The group disbanded on February 10, 2004, citing musical differences, inner turmoil, and label troubles. Bill Gaal went on to form Kingdom of Snakes with former members of the band Gunfighter. Their debut EP features vocal work from Matt Holt on one track. Tom Maxwell and Tommy Sickles were in the band Blessed in Black featuring ex-Skrape vocalist Billy Keeton, as well as Jerry Montano on bass.

On November 24, 2005, a posting on the J?germeister website showed Nothingface as the opening act for Disturbed in a 2006 show. The line-up for this show was Matt Holt, Tom Maxwell, Jerry Montano and Tommy Sickles. The band released two new songs online and went on to do a small U.S. club tour that winter/spring, bringing along Crossbreed and Silent Civilian.

Later that year, guitarist Tom Maxwell and bassist Jerry Montano began a project entitled Hellyeah with Vinnie Paul, formerly of Pantera and Damageplan, as well as Chad Gray and Greg Tribbett of Mudvayne. They released their debut album on April 10, 2007 via Epic Records. Following its release, Montano was fired from the band after allegedly assaulting HellYeah producer/engineer Sterling Winfield and making gun threats while drunk at the album release party.

During the first half of April 2008, the band sent out a Myspace bulletin and changed their default profile picture to one of the band in the studio, signaling that they were indeed working on new material. On the 20th of May, they posted a short YouTube clip which features them performing and sent out a Myspace bulletin containing said clip. Four days later, on May 24, it was announced through Blabbermouth.net that original members Bill Gaal and Chris Houck have rejoined Nothingface, with Tommy Sickles now playing drums for the L.A.-based band Noise Within. The band then released several additional "teaser" videos and on February 19, 2009, announced that "the band is at Wrightway Studios in Baltimore MD for the next 2 weeks writing and recording."

The re-release of their self-titled album with remastered songs and new artwork was released on April 8, 2009.

On August 14, 2009, it was announced via Blabbermouth.net that Nothingface would be disbanding,[3] with Maxwell citing Holt's lack of work ethic as the main reason for an unfinished album three years in the making, as well as his decision to leave. Houck would later state that this is "only one side of the story" and that "there were a lot of other factors involved in all of this beyond anything with (Holt)." In a summer 2011 interview, Bill Gaal spoke publicly about the split, stating, "It's one of those situations where everyone's story will be different. Broadly, what it boiled down to is that we're all older now, we all have different responsibilities. Making everything line up time-wise is difficult? I'm in LA, Chris is out in North Carolina, Tom's out on tour with Hellyeah most of the year, Matt stays home in Baltimore now. And me and Tom have families now, too. You don't just get together and write a great song, especially with Nothingface. It takes a chunk of time, and we'd always rework songs hundreds of times before releasing them. We only had a couple of intense, 1- or 2-week writing sessions and really, we just ran out of time. We had to get a lot done in a short amount time before we had to get back to other things we had going on. So the timing didn't work out, but that being said, it doesn't rule out anything for the future. As pissed-off as Nothingface was back in the day, we've definitely all cooled down, and if we could just find one week where all of us were just calm enough and got together, we could do it."

In early 2011, the band launched their brand new website Nothingface.com. Videos linked to YouTube are present so is a Nothingface wiki, forum, guest book, photo gallery and a section for fans to upload their own videos of Nothingface music. Links to other bands are present also.

An Audio Guide to Everyday Atrocity