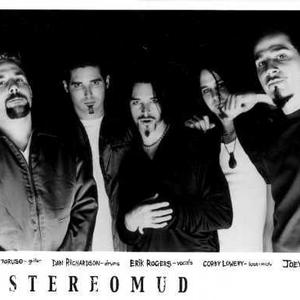 Stereomud released their first album, Perfect Self, on Columbia Records in 2001 and a video for the song "Pain" received airplay on MTV2. After extensive touring in support of that album, they went back into the studio, releasing Every Given Moment in April of 2003. After participating in the Jagermeister Music Tour with P.E., Breaking Benjamin, Systematic, and Saliva, Columbia Records cut their touring support, and dropped the band. Due to this, and an impending Life of Agony reunion, Stereomud went their separate ways in July of 2003, a mere 3 months after the release of Every Given Moment.

They have performed a few select reunion shows since this, but for the most part, the band remains dormant to this day. Recently, it was rumored that Erik Rogers and Corey Lowery would reunite to reform the band, but the possiblities may not be true as they are focusing on their own bands. It is planned that a Stereomud DVD will be released at some point in the future. Erik Rogers changed band name to 'Dangerous New Machine' with a new lineup February 2009.