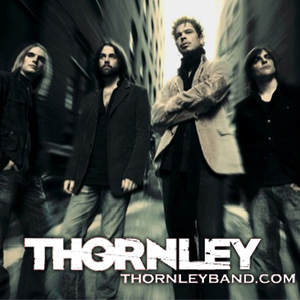 The band was started by Ian Thornley in 2002when he returned to Toronto, Canada, after the breakup of his earlier band, Big Wreck. With the help of Chad Kroeger of Nickelback, Thornley signed on to Kroeger's 604 Records. The other band members of Thornley are Tavis Stanley on guitar, Ken Tizzard (formerly of The Watchmen) on bass, and Sekou Lumumba (formerly of Edwin & The Pressure, which was Edwin from I Mother Earth's band after leaving IME) on drums.

After 1? years of touring Thornley made some changes. After Ken and Sekou both left Thornley, the band added from "Big Sugar," Eric Paul on drums and Cale Gontier on bass, from the "Three Days Grace" camp. Cale was discovered when Thornley toured extensively with Three Days Grace in the summer of 2004.

Ian also contributed to the "Song For Africa" project which started in August 2006.