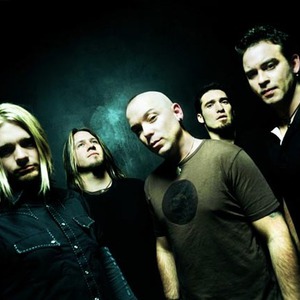 Dark New Day is an American alternative metal band, that was formed in 2005 by Clint Lowery from Sevendust, Brett Hesla from Virgos Merlot, Corey Lowery from Stereomud and Stuck Mojo, Troy McLawhorn from Doubledrive and Will Hunt of Skrape and Evanescence. The Lowery Brothers and McLawhorn were also in the band Still Rain together. The band's debut album was released on 14th of June, 2005, entitled Twelve Year Silence. The single "Brother" ranked 7th on the US Mainstream Rock chart.

The single "Brother" ranked 7th on the US Mainstream Rock chart.

In 2008 Clint Lowery left the band to re-join Sevendust, and Troy McLawhorn departed to join Seether (he and Will Hunt have since joined Evanescence). The band added BC Kochmit from Switched on guitar for touring purposes and singer Brett Hestla would also take the task of rhythm guitarist.

In 2009 following unofficial word that Dark New Day had disbanded, Clint Lowery cleared the air informing fans that Warner Bros. had dropped Dark New Day from the record label and that the new tracks (recorded with producer Dave Bendeth) may never be release to the public. Part of the difficulty with the band releasing this material by their own means was that Warner Brothers owned the exclusive rights to some of the tracks.

Despite the complications with Warner Brothers, Dark New Day would eventually release their unreleased material in the Fall of 2011 (digitally, via iTunes) in the form of 2 compilation albums, both albums released simultaneously. The first of the two albums, Hail Mary featured the 'Bendeth' produced tracks, while the other B-Sides was comprised mainly of unrefined demo tracks. Shortly after this release, the 2 albums were removed from iTunes, presumably due to Dark New Day violating their previous agreement with Warner Brothers.

In late 2011, Clint Lowery (via Twitter) stated that Goomba Music had got ahold of some of Dark New Day's backburner material and were interested in producing an album with the band. This collaboration with Goomba Music would result in Dark New Day's second studio album New Tradition, an album mainly made up re-recorded tracks from B-Sides and Hail Mary, as well as 4 new tracks Caught In The Light, BURNS YOUR EYES, Rising Sun and Fiend (Hit The Wall version). This album was released on February 28th, 2012.