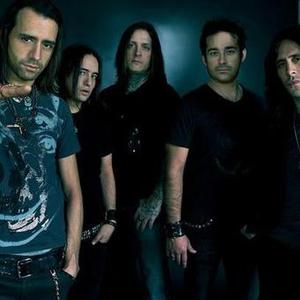 Tantric is a post-grunge band from Louisville, Kentucky, that was formed by three former members of Days of the New, Jesse Vest, Todd Whitener, and Matt Taul, with the addition of Merge singer, Hugo Ferreira. They were signed to Maverick Records in 1999, and recorded their self-titled debut with producer, Tobey Wright in 2000. The record was released in February 2001, which debuted at #193 on the Billboard 200.

The record eventually went platinum, largely on the strength of the single "Breakdown" and the band's extensive touring with the likes of Kid Rock and Creed. Follow-up singles "Astounded" and a remixed version of "Mourning" also fared well.

The band's sophomore effort, "After We Go", again produced by Wright, was released in February 2004, preceded by the single "Hey Now". Described as heavier than their first record, "After We Go" debuted at #56 on the Billboard 200. Unfortunately, the album did not match the success of their debut, in part due to the poor reception of follow-up singles (the title track "After We Go," and their cover of Fleetwood Mac's "The Chain"). Nevertheless, Tantric soldiered on, touring with Three Doors Down and Shinedown for much of 2004.

In 2005, it was announced that Jesse Vest had left the band to spend time with his family. He was replaced by Bruce LaFrance. For much of that year, Tantric worked on their third record. Some of the songs tracked for the record include "Letting Go", "People", "Worth Waiting For", "Fall Down", "The One", "July", "Locked Out", and "Stay With You". Todd Whitener recorded the bass guitar parts for the album, and also contributed lead vocals to a number of songs.

In January, 2006 Tantric traveled with hard rock group Drowning Pool to Seoul, South Korea to play several shows for U.S. troops currently stationed along the DMZ. Highly appreciative of this, the troops gave members of the band a plaque with actual barbed wire from the 38th parallel barrier.

In March, 2006, Tantric was dropped from Maverick Records, which was collapsing. In 2007, Matt Taul was arrested on drug-related charges, which would further complicate the band's obtaining a new label. Finally, on May 8, 2007, the release of three songs from Tantric III on the band's MySpace was largely overshadowed by Todd Whitener's farewell announcement on the band's website, which cited a feeling of stagnation that caused him to grow tired of the band's struggle to succeed. Ferreira later said in interviews that Whitener, as well as other members of the band had grown frustrated with the band's record label complications. Taul was sent to prison in later months, but has since been released. Bruce LaFrance was replaced.

Because Ferreira remained the only original member of Tantric, Tantric III has been shelved for the time being. Ferreira has said the reasoning for this, other than the logical label complications, was he did not want to produce an album under the Tantric name that was partially written by Whitener and Taul. However, in recent interviews, Ferreira's comments increased the likelihood of Tantric III's release. He has stated that although he did not plan to release it in grand style he would have liked to leak it out to the fans as a potential Christmas 2008 gift for their support. With the indefinite shelving of "T3," Ferreira and his new mates recorded 10 new songs, in addition to a totally revamped version of "The One," featuring Kevin Martin of Candlebox, and finally released the band's third album, The End Begins, on April 22, 2008.

On March 9 2009, Tantric announced through MySpace that their new album will be entitled Mind Control and that the band were in the process of recording the album. Produced by Brett Hestla (Creed), they announced a release date of August 4, and it was released in stores, as well as all digital retailers.

The Sum Of All Things

Broken Down...Live And Acoustic In The Poconos (EP)