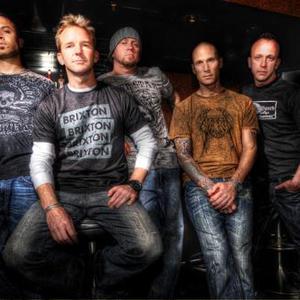 Freedom is a beautiful thing. Take it from Abraham Lincoln, Sir William Wallace, Rage Against the Machine and now Southern California's finest resurrected rock titans Lo-Pro. After a promising 2003 self-titled debut that yielded not only a bona fide radio smash in the crunching ?Sunday?, but riveting acoustic gigs with Staind mainman Aaron Lewis, the quintet sunk into that all-too-familiar quagmire of label and cashflow malaise.

Fast-forward several years, and Lo-Pro have liberated themselves with a vengeance on the strength of long-anticipated sophomore full-length The Beautiful Sounds of Revenge, easily one of the most addictive and passionate mainstream rock records of the year.

Lo-Pro's climb has been steep but rewarding, and is reflected with brutal honesty in Revenge's 14-song rollercoaster. While so many modern rock crews wallow in unearned misery, frontman Pete Murray bluntly and unapologetically retraces his band's rocky road, from the infectious gallop of ?Texas? (?Maybe I did it all because I wanted to?) to the jarring chugs of ?Early Morning Anger? (?Was I so out of line to think you'd be there??) Yet, the quintet is just as adept at conjuring mid-tempo thunderclaps (?A Life That's Just Begun,? ?Wasting Away?) that boast Murray-favorite U2's sprawling emotional majesty. This is an angry record, but it's just as confessional and introspective.

?It's been a challenge,? Murray laughs of his band's layoff. ?That was definitely helped by picking up yoga. I went through a period when I was pissed off, and some of those songs are on the record?but lyrically, the songs track a journey. It goes from finger-pointing to a way more hopeful vibe.?

Little comes easy in the Lo-Pro universe, and that includes geography: guitarist Pete Ricci lives in Massachusetts, and the rest of the band?Murray's longtime Ultraspank writing partner, guitarist Neil Godfrey, drummer Tommy Stewart (ex-Godsmack) and bassist Jerry Oliviera?are spread out through L.A., Santa Barbara and San Diego. Subtle changes in approach have made Revenge easily their most accomplished work, with principal writers Murray and Godfrey remaining tight through both lean and boom times.

?[The Aaron Lewis acoustic tour] opened up this whole new way of writing, where we started writing everything on acoustic guitar first and building from there,? Murray reveals. ?We usually write the music first and I'll do vocals. Now we strip out the music and I send back [Godfrey] songs with drums and vocals, and he rewrites around the vocals.?

?[Neil and I have] been writing music for almost 20 years now. We've known each other since we were little punks out in Isla Vista, CA. We were playing in rival bands for a while; we hated each other for a long time. Now we've been writing music together forever, and it's great. We can criticize what we do and it isn't a personal attack, which is a huge thing to overcome.?

From the sweeping electronic flourishes on the evocative mid-album segue ?Say? to the layered spoken word breaks on the volcanic ?Ingenious,? it's obvious that Lo-Pro couldn't have picked a better time to be so inspired.

Aaron Lewis of Staind says, ?People in the business have come and gone. I've always believed in the music, and Lo Pro is the real deal. That's why I'm still here.?

?The business is brutal,? Murray shrugs. ?It's chewed us up a couple times. We just want to play music?that's all I'm in it for. From where we're sitting, we're in a great place.?

New album The Beautiful Sounds Of Revenge out June 8th, 2010.

The Beautiful Sounds Of Revenge