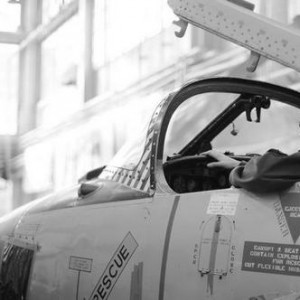 There are four artists under this name: 1. Freeze is a rapper from Akron, Ohio. Signed to First Family. 2: Joshua Alexander Israelievitch, aka Freeze, was born in St. Louis and moved to Toronto before his first birthday. Growing up in an artistic family with a dedicated concertmaster for a father, he developed a passion for making music. "For me," he explains, "music is not only a form of expression and entertainment, but also a way of life and a medium for communicating a message of reality and positivity.

1. Freeze is a rapper from Akron, Ohio. Signed to First Family.

2: Joshua Alexander Israelievitch, aka Freeze, was born in St. Louis and moved to Toronto before his first birthday. Growing up in an artistic family with a dedicated concertmaster for a father, he developed a passion for making music. "For me," he explains, "music is not only a form of expression and entertainment, but also a way of life and a medium for communicating a message of reality and positivity." Living in an environment where his father was constantly practicing violin and performing, and a significant value was placed upon culture and creativity, it seemed natural to be looking to music as a profession. Studying and playing piano since he was five, he also spent time with guitar, saxophone and various kinds of drums, from djembes to full drum sets. "I've always been surrounded by piles of tapes, cds and records, and I 'm lucky enough to have had the opportunity to travel and be inspired by many cultures and genres. I listen to anything and everything I can get my hands on, whether it be from the West, the East, South America, Africa or anywhere else." His oldest brother, a recording artist known as Psy (of the Oddities), introduced him to hip-hop at an early age, lighting a fire that led to Freeze's first beats nearly a decade ago. He started collecting LPs, and digging through all sorts of records for sounds became central to his work. "Sampling can be a wonderful way to pay tribute to someone, but unless you make it your own and really do something original with it, it can come across as lazy and unprofessional instead of creative. What I like to do is blend live instrumentation with bits of samples, and that helps me achieve the grainy, organic feel that I love." Although he was already accustomed to performing piano and playing with other musicians, it wasn't until he recorded his first song with Psy at 17 that he discovered how fulfilling it was to compose and vibe with other artists in the studio. Since then, he has been working with Book and collaborating with the likes of Grafh, Psy, Doxx, Chip Tha Ripper, Moka Only, Saafir, and many others. On his 20th birthday (Dec. 18th, '07), he independently released "The Big Chill," the first installment in what promises to be a long line of projects. With a knack for bringing out the musicality and emotion in those he works with, Freeze has developed an ear for putting together cohesive albums as well as striving to make each song powerful enough to stand on its own. Currently in school at York University studying liberal arts and music, recording and producing continue to be his primary focus. In the last year, he has put out three promotional mixtapes with a charismatic Cleveland up-and-comer, Doxx ("Swagger Music," "Uptown USA," and "Shoot Me"). They continue to build up the hype for their first group album, "Let's Be Famous," that approaches its release in mid 2009. Freeze's second solo project, "Flightplan," is almost finished and will be coming out in the new year as well. realeditorbest profile toolsrealeditorbest profile tools

2.Freeze Of the Regime
Born in Akron, Ohio (home of Lebron James), new Hip-Hop artist/entrepreneur Freeze has exactly what the industry needs. His strong flow and distinct voice makes him stand out among the up-and-coming artists in the game today.
As a child, Freeze fell in love with Hip-Hop while hanging around his uncles, who would play artists such as KRS One, Run DMC, NWA and many others and write short raps for him to recite for their friends. "My uncles would spin on boxes and play all the new songs that were hot at the time. My mom would not let me listen to rap so it was kind of like my forbidden fruit" says Freeze.
He also had a talent for art that would eventually get him into college and catapult him to start one of the most popular boutique design firms in Columbus, OH named MilkCrate Concepts. Later, Freeze started his own graphic design company, Phreeze Vision. "I always wanted to do my own CD covers like Pen and Pixel back in the 90's," he said. Freeze has done artwork for other artists like Keith Murray, Squad Up, and many local artists.
While in art school here in Columbus, Freeze would enter freestyle battles, open for national acts, and take trips back home to Akron to work with underground rap artist Ampichino. They recorded and got national distribution for two albums. The first album, Stock Xchange was released in October 2006 under Koch Distribution. The second album City Of Gz, was released under City Hall Distribution in early 2007, and was loosely based on the movie "City of Gods"."The underworld in Akron is off the chain! City of Gz was just a report of how it goes down in the streets". In between those albums Freeze released the Salute, mixtape and sold close to 10,000 CDs out the trunk with his street team.
This year Freeze is on his grind with his new street single Chopped Off featuring G-Unit's clean-up man Young Buck. "Working with Buck was amazing because he brought The Outlaws and C-Bo to the studio when we recorded the song. I already knew C-Bo through Ampichino so it was like family" says Freeze. His new album Freon, promises to be a gem for the world. It features Freeze at his best along with cameos from Freeway, Bizzy Bone, Yukmouth and Freeze's group The Bagotta Gang. Freeze is also featured on the last song on Yukmouth's latest release, The Million Dollar Mouthpiece along side Tech 9ine and others.
"God has been blessing me in my career. I have worked with a lot of my favorite artists and put together a classic album with virtually no deal. The next step is to find a situation that can take me to the next level so the masses can enjoy my work" -Freeze,check out his myspace http://www.myspace.com/freezetheworld

3. The Freeze is an east coast melodic hardcore band that has been a twisted beacon of energy in the hardcore punk scene for over 20 years. After their formation in 1979 and release of the "I Hate Tourists" Ep in 1980 they recorded the famous song "This Is Boston, Not LA" which became the title of the now infamous comp Lp. Although thought of as a Boston band they were actually from the Cape Cod area orignally. After forming while still in high school, the band went thru many shifting line-ups all revolving around singer/lyricist Clif Hanger and for most of the bands existence, guitarist and co-writer Bill Close. In 1983 they released the classic hardcore Lp "Land Of The Lost" and then were more or less successful at producing a new Lp every couple years or so up thru the "personal troubles" period of the "Misery Loves Company" record and ending with their last full-length in 1999, "One False Move" on Dr.Strange records. The Freeze music is driving hardcore at it's roots but always has a solid melodic ring thanks to the more-than-competent musical ability of guitarist Bill Close. Clif's lyrics are dark, twisted, unstable, paranoid and at their best are fantasy stories from the scary corners of his mind


4. Freeze is a female group from Hong Kong who made their debut with the EP 'Golden Eyes'.

When Hell Freezes Over