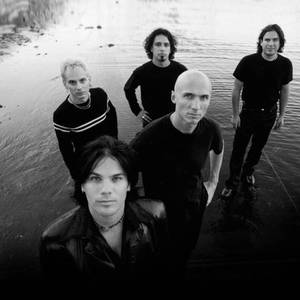 Stabbing Westward was an American industrial rock and alternative rock band composed of Christopher Hall, Walter Flakus, Stuart Zechman, Jim Sellers and David Suycott. They formed in 1985 in Chicago, Illinois and began recording in the 1990s. Their major label debut was Ungod. Sales were sluggish but Stabbing Westward built a solid fanbase by relentless touring. In 1996, their Wither, Blister, Burn & Peel became a moderate success aided by the singles Shame and What Do I Have To Do.

The follow-up was Darkest Days. Despite several strong singles including Save Yourself, It failed to sell as well as its predecessor, although it attracted attention in Canada and Australia, and the band was dropped from Columbia Records. They signed to Koch Records, issuing Stabbing Westward, which was a considerably more commercial effort than previous albums, but failed to make any impact on the mainstream charts. Before a fifth LP could be recorded, Stabbing Westward broke up in late 2002.

Since then, lead singer Hall has formed The Dreaming.

I Am Nothing (EP)