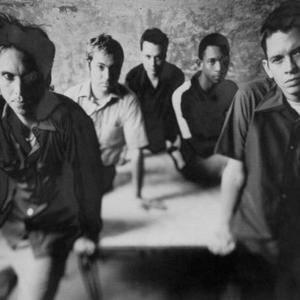 Course Of Empire was a hard-edged alternative music group based in Dallas, Texas from 1988 to 1998. In their early years, large drums would be placed throughout the audience as a means to eliminate the separation between performer and audience. This practice was stopped when the drums ceased to be played by ever increasing crowds, becoming dangerous missiles instead. Song topics were initially of a more political and environmental stance (the name Course of Empire having come from a 5 piece series by 19th Century painter Thomas Cole).

Song topics were initially of a more political and environmental stance (the name Course of Empire having come from a 5 piece series by 19th Century painter Thomas Cole). Later, the lyrical content would take on topics related to conspiracy theories and the personal quest of spirituality.

They released a total of three albums over their ten year existence: one on the Dallas label Carpe Diem, one with Zoo Entertainment, and one with Tvt Records. They also toured with industrially-edged groups such as Prong, Sister Machine Gun, Stabbing Westward, Young Gods and many others.

Producer John Fryer (Nine Inch Nails, Gravity Kills) was tapped to produce their third record, Telepathic Last Words, as it featured more electronic-edged material. Soon after, the band found support in Dallas radio icon Redbeard who promoted the album weeks ahead of release on Dallas radio station Q102. Unfortunately, Zoo folded in July 1996, just one month before the album was due to be released.

Tvt Records signed the band by December 1996 after working out the licensing terms with bmg for the rights to Telepathic Last Words and the previous Initiation record. At TVT's request, the band recorded additional tracks with drummer Chad Lovell as producer. The new tracks were mixed in Hollywood at Larrabee Studios North with Dave Bianco at the helm. Some previous tracks had also been remixed by Bianco. Telepathic, originally mastered by Bob Ludwig for the Zoo release, was re-mastered by Howie Weinberg in September 1997 and was finally released January 1998, almost two years after its original completion.

One track from the album, The Information, was included on the soundtrack for the film Dark City. A video was also produced featuring scenes from the movie and was aired on MTV at the time of the movie's premiere. The band toured with Rob Halford's ill-fated "Two" project along with John Lowery of Marilyn Manson fame, and also opened for The Sisters of Mercy in Los Angeles that spring.

The band disbanded after ten years together over frustration with management, booking, and lack of a proper AR rep.

Drummer Michael Jerome and guitarist Mike Graff collaborated with Van Eric Martin to form the group Halls Of The Machine who released their debut album, Atmospheres for Lovers and Sleepers in 2001.

In 2004, Mike Graff and Martin Baird at Verge Music Works recording studio mixed the still existing 24 tracks of the final performance at Trees in Dallas, Texas from 1998 and personally financed and self released the tracks, entitled Phone Calls from the Dead.