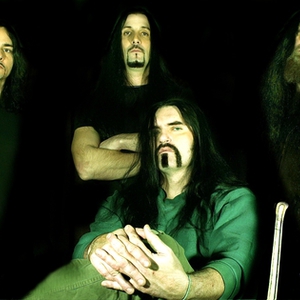 Type O Negative was a gothic / doom metal band formed in Brooklyn, New York, US in 1990. They are well known for their dry, morbid and ironic sense of humor and their often slow and brooding music. "The Drab Four" (the nickname Type O Negative gave themselves) always succeeded in keeping their own unique style, mixing melodic, classic rock 'n' roll with slow, doom-like vibes, and down-tuned heavy metal guitar riffs with dark soundscapes. They were also known for doom metal riffs, deep bass lines, heavy but usually slow drums and bass-range vocals of gothic metal.

The two main influences on the band are The Beatles and Black Sabbath, and keyboardist Josh Silver has expressed a love of Pink Floyd--evidence of which can be heard in the atmospherics of his production techniques.

The band arose from the ashes of the band Carnivore and gained popularity with their songs "Black No. 1" and "Christian Woman" from the Bloody Kisses album. The album was the first in Roadrunner Records' catalog to go both gold and platinum. They have successfully toured with Pantera, Life of Agony, and dozens of other established and up-and-coming bands, as well as taking part in Ozzfest. The band had VHS and DVD documentary releases in addition to their CD releases and contributions to movie soundtracks and compilations.

Peter Steele, singer and bassist of the band, died of heart failure on April 14th 2010 at the age of 48.

Harvest Moon: A Collection Of Covers And Rarities (Part 2)