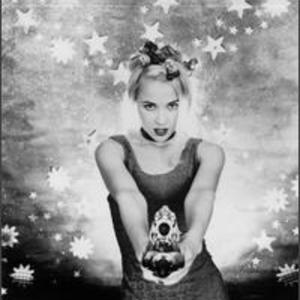 Jane Jensen always knew that she wanted to make music in an original and artful way. She grew up in Indiana, moved to Chicago and joined the group Oxygiene 23. With them, she released an album with Fifth Column; songs on Martin Atkins' Invisible label and compilations on Dragonya in Germany. She relocated to New York City, where she teamed up with producer Craig Kafton, Flip Records and Interscope to released her critically acclaimed debut solo album Comic Book Whore, for which she toured the US and Australia.

Her follow-up cd was released on her own label Autozen and won 2004 Just Plain Folks Best Alternative Album. Jensen has also contributed to numerous film soundtracks: Slither, The Crow: Salvation, Tromeo and Juliet, Citizen Toxie and The Toxic Avenger IV. Her most recent release "My Rockabye" is described as a musical thrill ride through domestic bliss. Other groups featuring Jane are Booterella and The Dolls. Jane has an EP release scheduled for July 4th entitled "The Privateer Pt. 1"