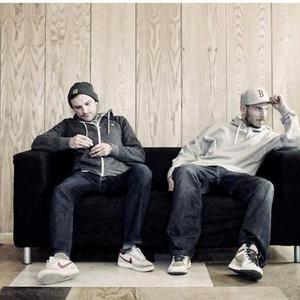 1. Poe? (trademarked) is the stage name of Anne "Annie" Decatur Danielewski, an American singer-songwriter, . Her musical style is a blend of rock, folk, and electronic music elements backing intimate lyrical compositions. Poe was signed to Atlantic Records from 1995?2001, where she released two albums (Hello and Haunted); she's currently signed to her own label, RePoezessed Records.

Annie is the daughter of Polish film director Tad Danielewski and his second wife, Priscilla Machold and the sister of author Mark Z. Danielewski. She grew up in Provo, Utah, USA, where her father was a professor at Brigham Young University. She eventually began pursuing her undergraduate studies at Princeton University, where she organized her first band.

Occupied by extensive small club tours, she was unable to produce a second album until 2000's Haunted. Poe included her late father on Haunted after discovering cassette tapes containing his voice. But listening to them the first time proved so difficult that she was hesitant to use them in her music. "I took these tapes home and I couldn't listen to them," Poe explains. "It was too hard, so I kept finding ways to avoid it. They were sitting on my coffee table next to a boombox." The album also dovetails with themes and concepts from her brother Mark's post-modern novel House of Leaves; the CD and the book were released simultaneously. Poe and Mark toured together across America at Borders Books and Music locations in support of the album and the novel.

A remix of the song, "Hey Pretty", featured Mark reading a passage from the novel. It was released on one of the Haunted singles and became a radio hit. "Hey Pretty" was also the theme to a short-lived MTV soap opera Spyder Games. The show usually ended with bits of the risque video or a picture of the single's cover. In 10 Things I Hate About You the character of Kat has the Poe ball on her schoolbook.

Poe opened for Depeche Mode in 2001, and followed this up with a head-lining US tour. Poe's second album's rising success reached Gold and Top 10 alternative, but was abruptly interrupted by legal disputes. Poe started a campaign which she referred to as the "Re-POE-Session", an attempt to gain control of her master recordings from her former record label, Atlantic Records, because they refused to re-release her albums although she was still under contract. Her dedicated fan base, "The Angry Psychos", supported her fight by passing a "Poe Ball" around the country to show their support. In 2004, both albums were re-released on CD by FEI/Sheridan Square Records, and in downloadable form on various online music stores. The RePoezession was a success.

Poe appeared in the movie Gossip performing the song "My Lips are Sealed" (a cover of The Go-Go's' "Our Lips Are Sealed"), and as a CGI character, Mary Magdalene/Plague, in the PlayStation game Apocalypse. Apocalypse also featured an alternate version of her song, "Control", later released on Haunted.

Her most recent work includes collaborations with Rhys Fulber's solo project, Conjure One. She has had a part in the writing and singing of five songs on Conjure One's albums: "Center of the Sun" and "Make a Wish" on the self-titled first album and "Endless Dream," "One Word" and "Extraordinary Way" on Extraordinary Ways. She is credited as Jane on this later album.

Poe provides the voice of "Single Mother" in the movie musical "Repo! The Genetic Opera", along with other voices.

According to statements on her official forum, Poe is in production on new material.

2. Poe is a electronic music composer based in Ternopil, Ukraine.

3. The first psychedelic/ blues Poe released Up Through The Spiral in 1971

4. Poe (?) is a korean indie band. They describe their music as a mixture of dream pop, british rock/brit pop, shoegaze and piano rock. In 2010 they realeased their 1st EP ?Burnout?.

Up Through The Spiral (Vinyl)