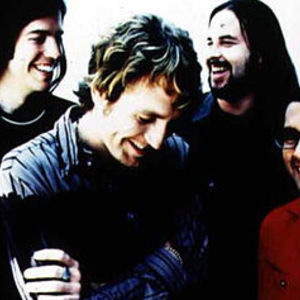 Within the alternative world, Seven Mary Three have often been compared to the mainstream-sounding, garage/arena rock of post-Ten Pearl Jam, but the group insists that their refusal to alienate themselves from the rest of the world makes them different. Instead, Seven Mary Three offer songs concerning self-discovery and true outsiders isolated from society. Based in Virginia (where the bandmates attended the College of William and Mary), Seven Mary Three signed to the Mammoth label after releasing a self-produced album, Churn, in 1994.

The album -- particularly its gritty lead single, "Cumbersome" -- generated a healthy buzz in Florida, and radio stations in Orlando began devoting significant airtime to the band. Seven Mary Three relocated to the Orlando area and re-recorded their old songs, which were packaged alongside two new cuts to round out the band's proper debut, 1995's American Standard. With "Cumbersome" enjoying national success, the album went platinum and won the group a contract with Atlantic Records. Rock Crown followed in 1997, and a year later Seven Mary Three returned with their third LP, Orange Ave. Neither record enjoyed as much recognition as American Standard, but the band continued to release albums into the following decade, issuing The Economy of Sound in 2001 and Dis/Location three years later. Seven Mary Three signed with New York's Icon Records in late 2007, and the following year saw the release of their sixth effort, DAY&NIGHTDRIVING. Steve Huey, All Music Guide

The Economy Of Sound