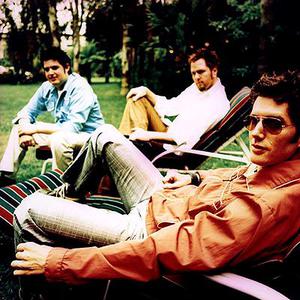 Better Than Ezra is an alternative rock trio based in New Orleans, Louisiana. The band was formed in Baton Rouge in 1987 by Kevin Griffin while he and the other original members were attending college at Louisiana State University. By 1988 Better Than Ezra had released a demo cassette tape, Chime Street Studio Demo Tape. In 1989 the band released a cassette-only album, Surprise. They released their first nationally-distributed album Deluxe in 1993 (Swell Records / 1995 Elektra).

It was released on 2 different labels, the independent Swell Records first, in 1993, and later national label Elektra Records, in 1995. That same year, "Good" became a major pop hit, reaching the #1 position on the Billboard Modern Rock chart. Subsequent album releases include Friction, Baby (Elektra, 1996), How Does Your Garden Grow? (Elektra, 1998), and Closer, (Beyond Records, 2001). The band also released the B-Sides and rarities collection artifakt on its own "Ezra Dry Goods/Fudge" label in 2000. Late 2004 saw the band simultaneously releasing an official live concert DVD, as well as an official live album, both entitled Live at the House of Blues New Orleans (Sanctuary Records). Recent releases include a Greatest Hits collection (Warner Brothers, March 15, 2005), and a new album entitled Before the Robots (Artemis Records, May 31, 2005.)

Like many bands in the then-burgeoning alt-rock movement of the mid-'90s, Better Than Ezra enjoyed their period of greatest chart success immediately following their debut major-label release (Deluxe), which spawned their highest-charting hits. At least commercially (and in terms of mainstream radio play), the band has experienced slightly diminishing returns with each successive release; however, unlike the majority of their contemporaries, Better Than Ezra's extremely loyal fan base has kept the group from dropping off of the musical map. Ezra's followers, who refer to themselves as Ezralites, have never cared whether radio stations play the band or not--in fact, many fans follow the band religiously, attending scores of their performances. It is Ezra's loyal fans and a relentless touring schedule which has allowed them to continue to produce new music, remain extremely viable in the music world, and out-live their projected shelf life. Additionally, Better Than Ezra's independence and survival in a business that has chewed up and spat out many bands who they used to jockey for chart position seems to indicate that the band will be around to satisfy their fans' rapacious appetite for their music for many years to come.

In addition to vocalist and guitarist Kevin Griffin from Monroe, Louisiana, the current members of Better Than Ezra are bass guitar player Tom Drummond and drummer Travis McNabb. Original drummer, Cary Bonnecaze, left the band after the release of Deluxe. Original lead guitarist, Joel Rundell, committed suicide in 1990. Multi-Instrumentalist James Arthur Payne also from Monroe, Louisiana tours with the band, fills in vocal, keyboard, guitar, and harmonica parts, and is a fan favorite.

Who or what Ezra might be is a mystery that the band members have no interest in clearing up. Drummond once told a reporter that the meaning of the band's name is "so lame you wouldn't even want to print it." However, it has also been said that the name came into being when the then nameless band entered a battle of the bands in competition with a group named Ezra. Needing a name to register they simply said that they were better.

In 2005, Desperate Housewives creator Marc Cherry used the band's song "Juicy" as the background music for the second season of the show's promotional advertisement.

In 2009 there were line-up changes and a new album released. Drummer Travis McNabb left to tour with the Country music group Sugarland. The split was friendly and McNabb still serves on the Ezra charitable organizations. McNabb was replaced by Michael Jerome as touring and ?future? drummer, with Blair Sinta filling in on parts of the album Paper Empire and 2 dates of the bands summer 2009 concert tour.

Travis McNabb played his last show with Ezra on Feb. 15, 2009 in Metairie, Louisiana.

How Does Your Garden Grow?