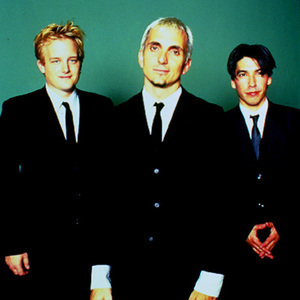 Everclear is a rock band formed in Portland, Oregon, USA, in 1992. For most of its existence, Everclear consisted of Art Alexakis (b. 12 April 1962, Los Angeles, California, USA; vocals, guitar), Craig Montoya (b. 14 September 1970; bass, vocals) and Greg Eklund (b. 18 April 1970; drums). Eklund replaced original drummer Scott Cuthbert in 1994. Montoya and Eklund departed the band in 2003, but Alexakis has continued performing as Everclear with a new lineup.

After a solo tour in the fall of 2003, Alexakis decided to continue with Everclear, organizing a new band that made its debut in March of 2004. The new lineup consisted of bass player Sam Hudson, guitarist Dave French, and drummer Eric Bretl. In the summer of 2004, the band added keyboard player Josh Crawley, and swapped Bretl for former Everclear drum tech Brett Snyder. The new lineup released its first recording, a cover of Woody Guthrie's This Land Is Your Land, that summer. A self-released EP of performances recorded for XM Satellite Radio called Closure was given out at shows in the fall of 2004.

Free of a major label, Alexakis spent the ensuing year and half slowly recording material for a new Everclear release. He admitted that the time after the breakup of the original lineup served as a "wake up call", during which he suffered his third divorce and a filing for bankruptcy. Alexakis announced the completion of the album in early 2006,titled Welcome To The Drama Club. The new band is now on Eleven Seven Music.

In August of 2008, drummer Brett Snyder left the band after four years. He was then replaced by Tommy Stewart, who previously played in bands Fuel and Godsmack.

Black Is The New Black

In A Different Light

Jesus Was A Democrat (CDS)

Welcome To The Drama Club