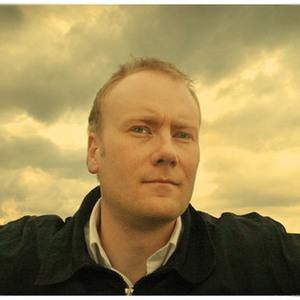 Mike Doughty (born June 10, 1970, in Fort Knox, Kentucky) is an American indie and alternative rock singer-songwriter and author. The former frontman of Soul Coughing barely sounds like his former self. Doughty began writing solo songs in 1995, but nothing materialized until Soul Coughing broke up in 2000, at which point Doughty began touring solo with his acoustic guitar after becoming clean and sober. Skittish was finally released to the masses along with the EP Rockity Roll on the ATO record label.

Doughty has since formed a new touring band including an upright bass, drums and keyboard. He also recorded his latest album with a band for the first time since El Oso, Soul Coughing's final record.

Doughty's sound is that of muted acoustic guitar rhythms and nasally vocals with impeccable melodies. His lyrics are unique, and he can be described as a master wordsmith.

Recently, the artist has turned to a new direction for his new album, Golden Delicious. Instead of an acoustic gritty sound, he's coming out fresh using things like electric guitars, stronger vocal backgrounds and even a cello. Golden Delicious was released on February 19th 2008.

The Heart Watches While the Brain Burns

The Flip Is Another Honey