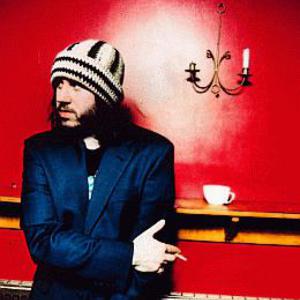 Badly Drawn Boy is an independent musician, born Damon Gough October 2, 1969 in Dunstable, Bedfordshire, although the family returned to Bolton, Lancashire before Gough reached the age of one. Gough chose his stage name from a character that appeared in the cartoon show "Sam and His Magic Ball" which he saw on TV at a party in Trafford, Manchester in 1995. Before he thought of using this name he made some 'business cards', each one unique, with a printed picture of a drawing by his nephew, and a small collage by Gough.

This was then laminated and given out to friends and people at clubs in Blackburn and Manchester.

His 2000 album The Hour of Bewilderbeast won a prestigious Mercury Prize. He also composed the soundtrack to the movie About a Boy (starring Hugh Grant), based on the Nick Hornby's book of the same name. His third album, Have You Fed the Fish?, was released in 2002. One Plus One Is One, his fourth album, was released in 2004.

Born in the U.K., his fifth album, was released on October 16, 2006. It is a nod to one of his major influences, Bruce Springsteen.

In November 2009 it was announced on the Badly Drawn Boy website that "Damon is currently in the studio putting the finishing touches to a very exciting new project which will be reaching your eardrums in the very near future". [3] This album was soon revealed to be titled "Is There Nothing We Could Do?" featuring 'music taken from and inspired by the motion picture The Fattest Man in Britain.

The fattest man in Britain featured on ITV prime time, and the fil heavily used BDB's soundtrack. Also the soundtrack used samples from the movie with its score, notable mentions for "the letter", and " all the trimmings"

It's What I'm Thinking Part One: Photographing Snowflakes

A Journey From A To B

One Plus One Is One

Year of the Rat

Something To Talk About