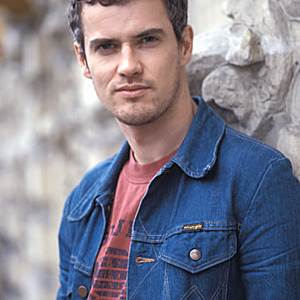 Mull Historical Society is the pseudonym for Colin MacIntyre, a Scottish singer, song-writer, multi-instrumentalist, producer and (as yet) unpublished author. His first three and latest albums have been released under the band name 'Mull Historical Society', even though the band consists of Colin alone. His fourth and fifth albums, 'The Water' and 'Island', were released under his own name. Mull is an island off the west coast of Scotland ? the name comes from an actual genealogical society on the island, who have since changed their name to the Mull Historical and Archaeological Society.

Mull is an island off the west coast of Scotland ? the name comes from an actual genealogical society on the island, who have since changed their name to the Mull Historical and Archaeological Society.

Mull uses a lot of unusual techniques and instruments. For example, Colin is credited to have played 'Seagulls' and 'Fire Extinguisher' for the song Gravity, and played 'Beer Kegs' on the song Death of a Scientist, which was written about the late Dr David Kelly. Also, Colin frequently samples the sounds of the world around him into his songs. For example, an public announcement from the Glasgow Subway in Public Service Announcer and the end of Final Arrears features part of the shipping forecast.

A staple of Colin's tours and album art?which is itself usually very diverse, featuring everything from arty shots to plain landscapes and usually has MS Paint drawings by Colin himself?is 'The Giant Dog With The Wig', an oversize model of a dog with a large comedy blue wig on. The dog has become such a symbol of Colin's music that in the video for How 'Bout I Love You More, Colin's 'spaceship' is the dog itself.

Breaking with tradition, February 2008 saw the release of Colin's fourth LP, 'The Water', under his own name, and produced by Lemon Jelly's Nick Franglen. In July 2009 he released 'Island', also under his own name. Island was a more acoustic album written in St Augustine, America, but recorded back on Mull in his old classroom, now An Tobar arts centre. His latest record, 2012's 'City Awakenings', saw him reprise the Mull Historical Society moniker.

Colin has toured with The Strokes, Elbow, REM. And has performed in diverse locations such as the Millennium Wheel and The Scottish Parliament.