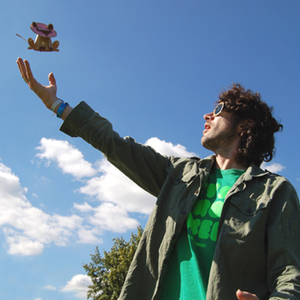 Gruff Rhys is the lead singer of the Welsh band Super Furry Animals. His first solo album, Yr Atal Genhedlaeth preceded his band's LP, Love Kraft, in winter '05. He then released his second solo effort, Candylion, which includes songs in English, Welsh and Spanish and collaborations with Lisa Jen of 9bach and Sean O'Hagan of The High Llamas. He has just released a third solo album, Hotel Shampoo.

He has just released a third solo album, Hotel Shampoo. Released on 14th February 2011, Gruff said ?I thought that as I'm getting on a bit, the time had come to buy a suit and record an album of piano ballads? Gruff Rhys explains. ?However, I got bored, the record diversified and evolved ? things turned out a bit differently??

Set Fire To The Stars