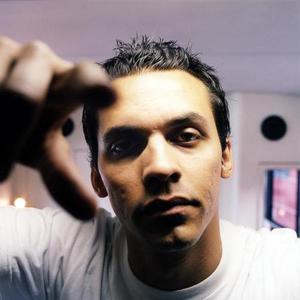 Slug is the name used by multiple musical acts: (1) American hip hop artist Sean Daley, of Atmosphere; (2) South African trance artist Liam Gibbs; (3) a Los Angeles avant/noise rock band; (4) a Chicago-based trance/breakbeat producer; (5) a house DJ from the Shetland Isles, (6) a singer-songwriter from the UK and (7) a south american thrash-metal band. 1. Sean Daley, Slug, Atmosphere: Minneapolis, Minnesota isn't exactly the ideal spot to try and maintain a career in hip hop, but somehow, Slug has managed to do just that.

Slug has seen many overcast days on his way to underground hip hop stardom. After 20 years of rhyming, this rapologist has no problem tapping into his ether. He hasn't forgotten that a new MC is born every night, and to maintain his position as a Midwest heavyweight, he must be ready for the verbal fight club at any moment. Grazing through woeful pastures of intelligence with Slug is like having a conversation with Einstein and Shakespeare mixed with street corner linguistics.

2. Liam Gibbs:
A popular Psychedelic-Trance producer as well as co-founder and operator of South African label Nexus Media whose music usually takes a darker twist to mainstream full-on psy. His debut album "Lose Your Shell" was released in 2004, followed in 2005 by a collaborative project known as Pitch Hikers, featuring fellow South-African producer and friend Shift (Chris Hoy), which drew much applause within the psy community. 2006 saw a second solo Slug album, called "Elemental", with his most popular album to date "Hardwired" being released in 2008.

4. Slug (Chicago):
Slug is an up and coming Trance/Breakbeat producer from outside Chicago.

5. Slug (Shetland Isles):
Slug is a House DJ from the Shetland Isles, releasing many unofficial remix Cds and collaborating with many other Shetland DJ's

6. Slug (UK)
Slug is a singer-songwriter/guitarist from the UK and is best known for his acoustic work which is reminiscent of artists like Bright Eyes in it's beauty. Has released little work officially, but is very active on the live scene in the North Staffordshire area.