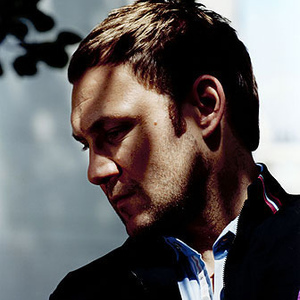 David Gray is a British singer-songwriter born on June 13, 1968 in Sale, United Kingdom. He released his first studio album in 1993 and received worldwide attention after the release of White Ladder six years later in 1999. Gray moved to Wales at age 9 and later returned to the north-west of England to attend the University of Liverpool. His musical career got early support from a dedicated Irish fan base.

Gray moved to Wales at age 9 and later returned to the north-west of England to attend the University of Liverpool. His musical career got early support from a dedicated Irish fan base. After a few marginally-successful releases through the 1990s, Gray's breakthrough came with the worldwide release in 1999 of his fourth album, White Ladder; this was a critical and commercial success and included his best-known songs, "This Years Love" and "Babylon". In the United States, the album received a boost from jam-band leader Dave Matthews, who made it the first release by the record company he co-founded, ATO Records.

On August 11, 2001 White Ladder at last reached the top of the UK charts, having been selling steadily since its reissue the previous May, thereby setting a new record for the longest uninterrupted climb to No. 1. The follow-up, A New Day At Midnight, also hit No. 1, and Gray's seventh album, Life In Slow Motion was released on September 12, 2005.

Gray's early music was in a contemporary folk-rock, singer-songwriter mode; his primary instrument was acoustic guitar, with occasional piano. 1996's Sell Sell Sell featured some rock arrangements and electric instrumentation. Starting with the release of White Ladder in 1999, Gray began to make significant use of computer-generated music to accompany his voice and acoustic instrumentation, a technique which differentiates him from many of his peers. Despite the move to more complex music, Gray has used small-scale, often home-based, recording methods and equipment and espoused a "do it yourself" approach to music production. However, Life in Slow Motion is a collaboration with noted producer Marius de Vries.

David Gray's brothers-in-law are Paul and Phillip Hartnoll, formerly of the Techno/Rave band Orbital. Because of this relationship, Gray performed guest vocals on the Orbital single Illuminate, while Paul Hartnoll produced a breakbeat remix of Gray's song "Please Forgive Me".

His successful single "January Rain" was included in the original soundtrack of the movie Serendipity, starring John Cusack and Kate Beckinsale.

Pictures and additional information can be found on his website, www.DavidGray.com.

Gold in a Brass Age