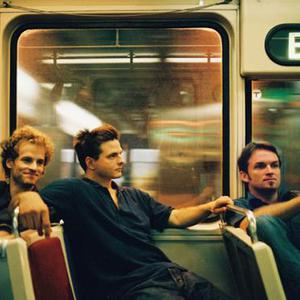 Dispatch originated in the early 1990s as One Fell Swoop, but changed their name to Dispatch in 1996. Chad Urmston, Braddigan, and Pete (Francis) Heimbold, who were all attending Middlebury College in Middlebury, Vermont comprised the band's lineup throughout their entire career. Their music drew upon several influences, such as acoustic folk-rock, reggae, and funk. Dispatch gained much recognition outside of New England, without any help from a label, and stuck together long enough to release seven albums, three of which were live performances.

Dispatch gained much recognition outside of New England, without any help from a label, and stuck together long enough to release seven albums, three of which were live performances. During concerts, the band had been known to improvise upon their album releases, often resulting in a song ending in twice the length of the original. The group was also fond of switching instruments and vocal duties when playing live.

Upon the announcement of its break-up in 2002, the band scheduled one final concert. The free show was performed at the Hatch Shell in Boston on July 31, 2004. "The Last Dispatch," as it was referred, is said to be the largest concert in independent music history; roughly 110,000 fans from over 20 different countries attended the show. Parts of the performance were released as a CD/DVD two-disc set later that year, entitled All Points Bulletin, along with an earlier show in Somerville, Massachusetts.

All three of the band's members are currently still in the music industry. Urmston is now the frontman of State Radio, while Corrigan (now credited as Braddigan, a nickname by which he was known since his time with Dispatch) and Heimbold (now credited as Pete Francis, his middle name) are succesfully pursuing solo efforts.

After the song Elias, written by Urmston after his experience living and teaching in Zimbabwe, the "Elias Fund" was formed to send children from the ravaged country to college.

Dispatch came out with a movie entitled "Last Dispatch" in July 2005, which documents their final 12 days together as a band and tells the story of how they became "the band that redefined independent music history". The film was released and previewed in Boston. Chad, Brad, and Pete attended the showing and celebrated throughout the weekend with their fans.

On December 22, 2005, Corrigan helped to organize a benefit concert, known as the Relief Project, at Irving Plaza in New York, New York. Along with several other performers, Corrigan invited Heimbold and State Radio to play. The three reunited very briefly, playing the song Here We Go as an encore. Corrigan stated there that he plans further Relief Project concerts featuring all three and perhaps sometime in 2007, a major Dispatch reunion concert.
Entitled "Dispatch: Zimbabwe", Dispatch arranged for one show in Madison Square Garden, with all the money sent towards relief efforts in Zimbabwe. Originally billed as a one show deal on July 14, Dispatch was surprised how quickly this first show sold out and set two more shows for the 13 and 15. After all three shows sold out, Dispatch announced another smaller show on July 11th at Webster Hall in New York, where they made their comeback debut to great success.

Dispatch is now having a second set of reunion concerts beginning at Red Rocks amphitheater in Denver, Colorado on June 3, 4, and 5th, 2011. These performances will launch a reunion tour around the US and the release of their new Dispatch EP on May 17th.

Circles Around The Sun

Who Are We Living For