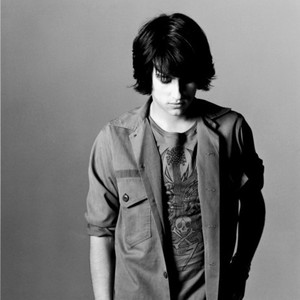 After independently releasing his Stepladder EP at age 15 to unexpected chart recognition, Teddy Geiger came into 2006 with the release of his acclaimed debut Underage Thinking on Columbia records. The album entered The Billboard charts in the Top 10 (#8), winning ?Best Album Of The Year? at the Annual Musiqtone Awards. Teddy was nominated for a Teen Choice Award for ?Favorite Love Song,? and in February 2007, won MTV Australia's Best New Artist VMA award, where the album went Gold.

His first single, ?For You I Will (Confidence)? which he co-wrote and arranged, went Platinum in the USA and was Top 10 at radio in several countries.


In 2008, after a successful year of awards, national ad campaigns and worldwide television appearances, Geiger starred with Rainn Wilson (?The Office?) in the Fox Atomic film ?The Rocker?.

Teddy is currently based in New York working on recording and releasing his new album through fan funding platform Pledge Music. Pledgemusic.com/teddygeiger