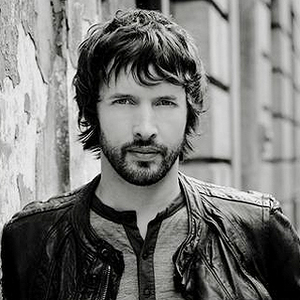 James Blunt (born James Hillier Blount, 22 February 1974) is an English singer/songwriter whose debut album, Back to Bedlam, and single releases ? especially the number one hit "You're Beautiful" ? brought him to fame in 2005. He was born in Tidworth, Wiltshire, United Kingdom. His style is a mix of pop, rock and folk. Along with vocals, Blunt plays a wide variety of instruments including the piano, guitar, organ, marimba, and mellotron.

Blunt was educated at Elstree School, Woolhampton, then Harrow School (where he received his nickname 'Blunty'), and finally the Royal Military Academy Sandhurst. Before the release of his album, Blunt was a commissioned officer in the British Army, rose to the rank of Captain and served as a NATO peacekeeper in Kosovo. He was also on duty for the funeral of the Queen Mother on 9th April, 2002.

He is currently signed to Linda Perry's American label Custard, and became the first British artist to top the American singles chart in nearly a decade when his first single from Back to Bedlam, "You're Beautiful", reached number one on the Billboard Hot 100 in 2006. The last British artist to do so had been Elton John in 1997 with the song Candle in the Wind.

His second album, All The Lost Souls, was released on 17th September 2007.

His third album, Some Kind of Trouble, was released on 8th November 2010.

Once Upon A Mind

When I Find Love Again (EP)

Some Kind of Trouble