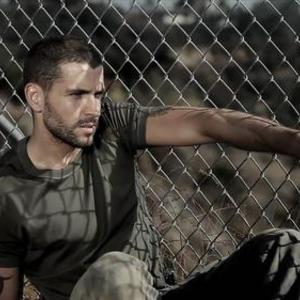 Shayne Ward (born 16 October 1984 in Manchester) is an Anglo-Irish pop singer who rose to prominence in the United Kingdom after becoming the winner of the 2005 series of the talent show The X Factor. Ward has six siblings, including a twin sister. Prior to his participation in The X Factor, Ward was in a band called Destiny with two women named Tracy Murphy and Tracey Lyle. They performed at pubs, clubs and weddings. Ward also reached the final thirty of Popstars: The Rivals.

Ward has six siblings, including a twin sister. Prior to his participation in The X Factor, Ward was in a band called Destiny with two women named Tracy Murphy and Tracey Lyle. They performed at pubs, clubs and weddings. Ward also reached the final thirty of Popstars: The Rivals.

During The X Factor competition, Ward was mentored by manager Louis Walsh. The Bookies' favourite to win the show, he defeated duo Journey South and singer Andy Abraham in the final, screened by ITV1, by a margin of 1.2% of the vote, out of a reputed 10.8 million phone votes cast by viewers (since the programme was watched by an audience averaging 9.2 million people, it is likely that some viewers cast multiple votes for all finalists).

His first single, "That's My Goal", was released in the UK on Wednesday, December 21, 2005 and became the Christmas number one in 2005. It sold 313,000 copies on its first day of sales, making it the third fastest selling single of all time (behind Elton John's "Candle in the Wind" and Will Young's "Evergreen", which sold 685,000 and 400,000 copies in their first days of sale respectively).

Sony BMG released his debut album on 14 July 2006 in Taiwan and other Asian Countries. The self-titled album spawned 3 singles: That's My Goal, No Promises, and Stand By Me. Since release, it has gone platinum and peaked at number one in some countries.

After the completition of his successful debut tour, Ward's fourth single and first from his second album ("If That's OK with You") was given a release date of 20 August 2007, but was then delayed and became a double A-side single with "No U Hang Up". It was finally released on 24 September 2007, and charted at number two in the UK being held off by the Sugababes with "About you now". "No U Hang Up" and "If That's OK with You" charted separately in Ireland, the former reaching number eleven and the latter entering at number one.

Ward's second album, Breathless, was released on 26 November 2007, and after selling over 95,000 copies in its first week, debuted at number two on the UK Albums Chart, held off the top spot by his X Factor successor, Leona Lewis's, multi-platinum selling debut, Spirit. In Ireland, the album debuted at number one (removing Lewis's album from the top spot) a position it held for three weeks, and was later certified five times platinum.

The second single from Ward's album was announced as "Breathless", and was released on 19 November 2007. It peaked at number six in the UK and number two in Ireland. On November 10, Ward performed "Breathless" on the live results show of the fourth series of The X Factor, although the single was not available for download until the November 18, followed by a performance on The Paul O'Grady Show on November 19. In the UK the album has been certified platinum with sales of over 450,000.

In May 2008 Ward embarked on his month-long UK tour named The Breathless Tour 2008. He made his stage debut at London's O2 Arena and visited his home town Manchester at the MEN Arena. He also performed his complete show as a support act for Westlife's 2008 tour in front of a crowd of over 80,000 at Ireland's Croke Park. Ward also played on the opening night at the O2, Dublin, at the Cheerios Childline concert on 16 Dec 2008.

Ward started working on his third album in 2009 with producers RedOne and Taio Cruz. The album, titled Obsession, was released on 15 November 2010. The first single from the album - a cover version of Nickelback's 2008 single, "Gotta Be Somebody" - was released on 7 November 2010 and reached number 12 in the UK and number 10 in Ireland. On 9 June 2011, it was announced that Ward would star as Stacee Jaxx in the 80s-themed musical Rock of Ages at the Shaftesbury Theatre, London. Ward received nominations as London Newcomer of the Year for the prestigious Whatsonstage awards and Best Featured Actor at the BroadwayWorld Awards. He has since announced that he will be returning to the studio in October 2012, after his contract with Rock of Ages ends.

If That's OK With You (Moto Blanco Remixes)