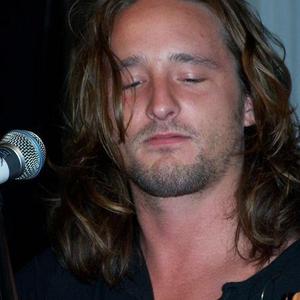 Benjamin Collett Mills (born 1 March 1980 in Chatham, Kent, England) is a British singer who finished in third place in the third UK series of TV talent show The X Factor in 2006. He signed a five-album record deal with Sony BMG. His album, Picture of You, was released on 12 March 2007, the same date as the debut album from The X Factor runner-up Ray Quinn. His debut single was advertised as "Beside You" and set to be released on 5 March 2007. However, the single was pulled by the record company at the last minute. The reason given was to concentrate on album sales.

His second album, called Freedom, was released on 8th March 2010, with a launch concert on the 13th March 2010 at the Gulbenkian Theatre in Canterbury. The album can be bought from iTunes or Ben's website.

Mills made an appearance on 30 November 2008 in Margate, Kent together with Sir Bob Geldof to switch on the Christmas lights. He also sang a rendition of Rod Stewart's "Maggie May" to around 2000 people.

Mills was a co-director of a marquee hire company in his home town of Whitstable before appearing on The X Factor.

He gained a diploma in music from the Academy Of Contemporary Music in Guildford, Surrey and has been singing since he was a child. He also plays piano and guitar. He was also a keyboard player in the tribute band to The Doors called The L.A. Doors and toured the pub and club circuit with his own band called Benzego.

Mills' audition song for The X Factor was "Bring It On Home To Me" by Sam Cooke, which impressed the panel of judges; Simon Cowell thought he sounded like a young Joe Cocker, whom, incidentally, Ben names as one of his musical influences along with Tom Waits, Rod Stewart and David Bowie. During his time on The X Factor he was mentored by Sharon Osbourne.

He performed at Pontins Holiday Camp in Prestatyn, Wales in May 2009.