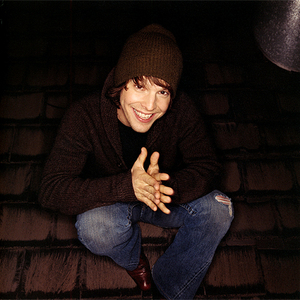 In 2003, his first major studio album was released, entitled Chariot, on July 22nd. He released Chariot Stripped a year later, an album with the same songs, but the instruments brought down to a minimum. The album has so far peaked at #1 in two countries, in Denmark and on the US Billboard Top Heatseekers chart. It went to #2 in Norway and #56 on the Billboard 200 and has benn certified Platinum. His first single, I Don't Want To Be, was released on December 14th 2004 and was the theme tune to the hit TV. drama series One Tree Hill. It peaked on the Billboard Hot 100 at #10, the Billboard Pop 100 at #3, #6 in Norway and #38 in the UK, making it his only UK top 40 hit. It has been certified 2x Platinum, selling over 2 million copies. The second single, Chariot, was released on March 1st 2005 and made it to #1 on the Italian Airplay chart. It also did quite well in the US, hitting #30 on the Billboard Hot 100. The third single was Follow Through and it was released on November 17th 2005. It was used on several TV shows, including Scrubs, and was used on the Carte D'or, an ice cream company. The song peaked at #12 in Norway, #13 in Holland, #38 in Portugal and #52 on the Billboard Hot 100. The final single from the album, Just Friends was released in early 2006 and went to #21 in Holland.

His fourth album Sweeter was released on September 20th, 2011 and has since spawned the singles Not Over You which has since gone double platinum and Sweeter. His latest single is Soldier.

Gavin will release a live album on December 4th, 2012 entitled "Sweeter Live" covering some tracks from Sweeter and earlier favorites.

Best I Ever Had (CDS)

Not Over You (CDS)