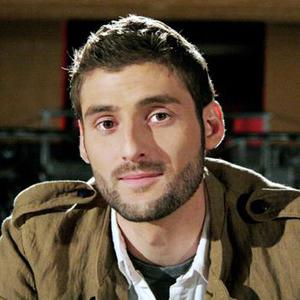 Singer and songwriter Crosby Loggins is the son of singer and songwriter Kenny Loggins (of Loggins & Messina fame), and he grew up in Santa Barbara, CA, in a home frequented by his father's famous musician friends, including the likes of Jackson Browne, Michael McDonald, Graham Nash, and others. It's probably no surprise, then, that the younger Loggins turned to music as an avocation, learning piano at the age of seven and the guitar at the age of 13. By high school he was playing in local bands, eventually escaping to Hawaii for a bit, then settling into a life of building houses.

His love of music never left him, though, and Loggins formed his own band in California, initially called Crosby Loggins & The Leadbirds, then Crosby Loggins & the Namedroppers, and eventually becoming Crosby Loggins & The Light, the name under which the group's debut album, We All Go Home, appeared in 2007, a project for which Loggins wrote or co-wrote ten of the 12 songs. Loggins' talent and potential made him an obvious target for the people producing MTV's reality show Rock the Cradle, which featured the kids of famous singers competing American Idol-style with each other. Loggins turned the show down three different times before finally agreeing to do it in 2008. He ended up winning the competition, capping it off with a version of "I'm Alright" done with his father, the man who wrote and originally had a huge hit with the song in 1980. Loggins' next recording project was a solo one, and the Time to Move album, which featured a guest guitar spot from John Mayer, appeared under Loggins' name alone from Jive Records in 2009.