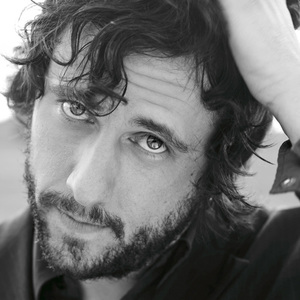 Will Hoge (born November 14, 1972) is an American singer, songwriter and musician from Nashville, Tennessee. Hoge was involved in a serious scooter accident on August 20, 2008, after leaving a studio session for what would be his album, "The Wreckage". Following numerous surgical procedures (mainly on his shattered femur/leg), Hoge made a full recovery. His album "Number Seven" was released in 2011.

Following an unsuccessful spell in the mid-1990s as part of a band called Spoonful, in 1998 Hoge began touring the American south with guitarist Dan Baird (former of The Georgia Satellites). Hoge independently released his first CD, Live At The Exit/In, a live set recorded at the Nashville club. This drew some attention and that, and constant touring, led to the release Hodge's first studio album, Carousel. A record deal followed in early 2002 and his major label debut, Blackbird On A Lonely Wire, in 2003.

Hoge was involved in a scooter accident on August 20, 2008 after leaving a studio session for what would be his next album, "The Wreckage". Following numerous surgical procedures (mainly on his shattered femur/leg), Hoge made a full recovery.

Hoge has made a career of writing and singing powerful songs about life's cruel and dark turns. Not long ago, he fell victim to one such turn. As Hoge rode his scooter home from the studio, he was struck by an oncoming van that had veered into his lane. There were no skid marks. Launched off his bike, Hoge ended up bloodied, broken-boned, temporarily blinded, and near death. ?[The accident] was like stopping a record as it spins,? says Hoge, who had been halfway through recording material for his new record before getting derailed. ?It was like taking the needle and pushing it off the turntable.? For ten months, the accident sidelined Hoge. For ten months, it made him do something he hadn't done in 18 years: stop the music. Larger matters dominated his life, like physical recovery and the well-being of his family. ?People would say, ?I bet you're ready to get back to playing and writing.' I'm thinking, ?Playing or singing is not the issue right now. I'm ready to get back to walking.'?

His previous album, Draw the Curtains, had been a unanimous high-water mark in his career, a magnificent collection of rock, country, soul, blues, and folk. With a great band, good vibes, and clear skies overhead, Hoge felt like he was building something real as a career artist. Eight months after the incident he re-entered the studio in pursuit of that mission.. ?Making The Wreckage opened me up in a different way,? says Hoge. ?I felt a calmness, a purpose. Right now it feels like I'm getting to the core of what I want to do and why.?

The Wreckage listens like a record with a purpose. Having stared down his own mortality, Hoge has now rediscovered the simple joys of making good music. ?It's hard to explain, but I felt a certain serenity making this album,? he says. ?It doesn't come through in the songs, but the process has become easier, and I believe the songs flow with more confidence.?

When Hoge's fans hear these songs, they'll feel that resolve too. The Wreckage both curses life's wrong turns and celebrates its triumphs. ?I've always tried to make albums that have a good reason for every song, and for the sequence of those songs. On this album you get 40:18 of music, and hopefully you'll want to hear the whole thing start to finish.?

The album was crafted with a depth of sound and musicality that breaks new ground for Hoge. Rugged, pulsating rock fuels ?Just Like Me.? Spirited melody characterizes tunes like ?Highway Wings? and ?Even If It Breaks Your Heart.? The gruff ghosts of the barroom return on Hoge's ?Hard to Love,? as does the searing country roots rock of ?Long Gone.? Ballads like ?What Could I Do? and ?The Wreckage? are rife with the sort of brooding melancholy you'd expect from a guy who has been to the edge and back. ??The Wreckage' is one of the favorite songs I've ever sung,? Hoge admits. ?I couldn't have sung this physically before the accident, because my voice just wasn't suited to how quiet it is.?

?Even If It Breaks Your Heart,? his paean to rock and roll as life's true calling, is another tune Hoge admires. ?The minute we started recording it, it was one of those songs that drove itself. Everyone in the room understood the sentiment. There was magic in that moment you don't get very often.?

Even though half of The Wreckage was written and most of it recorded after the crash, images of the episode are only discreetly woven into the fabric of the album, like streaks of red on a dark surface. That's because Hoge would rather leave those lines, words, and phrases to interpretation.

Released one year almost to the day of his accident, The Wreckage is not, song by song, a celebration of life. The sentiments are too dark, his lyrics too biting, his voice brimming with moodiness. Risen from the ashes of Hoge's own ?wreckage,? the recording is an incredible achievement, hands-down his best work to date. And that is as good a cause as any for real celebration.

Wings On My Shoes