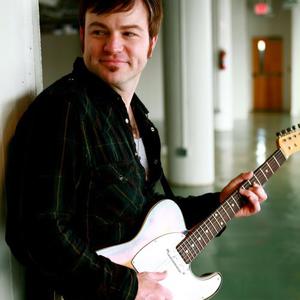 When Adam Hood was asked if he has a personal motto, he answered ?Do what you love and love what you do.? Such a simple declaration sounds more like a clich? slogan from a motivational speaker than an actual way of life. How lucky is the man who is actually able to live by this credo? Think it is an impossible dream? Think again. This is the life of songwriter and artist Adam Hood. Such a lofty pursuit does not come easy.

Forging a successful career in music can be challenging and has been hard earned for Adam. His journey, beginning with his early years growing up in Opelika, Alabama, to a fateful encounter with country music powerhouse Miranda Lambert, ended up taking him right where he was meant to be.

As a young man, this son of a corporate forester spent nearly 10 years in Alabama, working a ?real job? surveying land and occasionally delivering arrangements for his mother's flower shop, all the while honing his craft as a writer and performer, using his day job as a means to support and develop his musical recordings. In 2001 upon the release of a self-produced and financed live album, 21 To Enter, he gave up working this ?real job? and hit the road touring to support the record bringing along just his guitar. After a couple of years out of the road, 2003 brought the release of his first EP, 6th Street, which quickly earned attention and critical acclaim.

While performing at a club in Little Rock, Arkansas in 2004, Adam received his first big break when he had a chance encounter with producer Pete Anderson. Anderson watched Adam's entire set that night and was immediately impressed with his rich, soulful voice and earnest songwriting. This proved to be a pivotal encounter in Adam's development as a writer/artist with it leading to an invitation to join Anderson in LA for some creative collaboration. Adam spent the next two years making trips to the West Coast to write the material for what would become the album, A Different Groove, produced by Anderson and released in March of 2007.

The release of A Different Groove led to another fateful night, but this time at the club, Tavern on the Gruene in Gruene, TX where Adam was appearing on Ray Wiley Hubbard's weekly radio show on KNBT. That very night, recording artist Miranda Lambert and her mother were driving through town when their car broke down. Deciding to grab a sandwich and a beer while they sorted out their transportation problems, they caught most of Adam's set. Miranda was impressed. So much so that she introduced herself to Adam, later asking him to open a string of shows. One of these shows was at Joe's Bar in Chicago, where she introduced him to her producer, Carnival Music partner Frank Liddell, who signed Adam as writer to Carnival Music Publishing and to their record label as an artist.

One of the many talents displayed on his recordings is a voice that is rich and uniquely expressive. But it doesn't end there. His songwriting abilities have garnered an equal amount of attention and his songs have been covered by some of the most successful artists in the genre.

His newest offering is a self-titled EP that will be released in May of 2011 in conjunction with his appearance on Willie Nelson's Country Throwdown tour. Co-written with Jason Saenz, ?Flame And Gasoline? the debut single from the EP and forthcoming full-length album, due in fall of 2011, is a great example of Adam's exemplary writing style and unique vocals. ?Jason came to me with the title? says Adam, ?and we sat down to write about that relationship everyone has been in where you can't be together, but you can't be apart either. There's a truth in the lyrics that I think we can all relate to.? In addition to ?Flame And Gasoline? the EP will feature 4 other self-penned tunes that run the gamut from country, blues, rock and soul.

Welcome To The Big World

The Shape Of Things