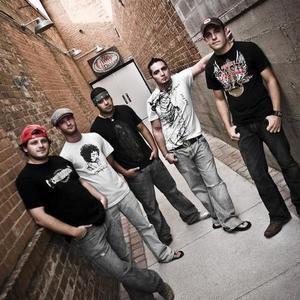 Alt-country, Country, Folk, I Have It, Texas Country, Texas Music

Josh Abbott, a great fan of music as long as he can remember, has come into his own at the tender age of 27 with his first full-length release of ?Scapegoat?. Along with adopting a jam packed tour schedule, including shows in North and South Carolina, Alabama, Mississippi, Chicago, IL, and Atlanta, GA, a hit song on the charts with ?Taste?, a booking agreement with KB Talent, and a Management deal from Ambiance Artist; the band have become a steady draw all over Texas, Oklahoma, Arkansas and beyond with two tours out to the southwest and two scheduled tours into the Midwest in 2008-2009.

The Josh Abbott band has no plans to stay in one area for too long. In addition Josh and the band have plans to stage their own festival in their hometown of Lubbock, TX in the spring of 2009.


HISTORY OF THE BAND
Formed in early 2006, JAB was founded by fraternity brothers: Josh Abbott, Austin Davis, Drew Hurt, and Neel Huey. After playing mostly acoustic open mic night shows at The Blue Light, Josh and Austin called on Drew and Neel to give the band a rhythm section. On their debut night, The Blue Light packed in a full house and a sense of something special was present! After a year of picking up local shows and Greek parties, the band released a self-titled LP in 2007 featuring four tracks. Immediately, the band recorded a music video for "Buried Me" and entered it in the Music City Madness competition on CMT.com. After beating out over 600 other videos, the live concept video made the final cut!

THE RECORD
With the help of Drew Womack, who sang harmonies and co-produced the vocals on his new record, Austin Davis, who slams down an entirely new sound with his electric banjo leads, Preston Wait, who throws around dueling fiddles and killer lead guitar riffs, a punctual rhythm section spear headed by Daniel ?Dova? Almodova on Bass and Edward V on drums and some sultry harmonies from CMT host and Nashville Recording Artist Charla Corn, Josh has produced a record that will not be ignored this fall.

CONCLUSION
We have all watched as Lubbock pushed out legend after legend with Buddy Holly, Delbert McClinton, Guy Clark, etc, etc, and TX stars like Pat Green, Cory Morrow, and Wade Bowen. Josh Abbott and his band are aiming to add their name to the incredible list with some help from friends like Mike Eli, Ryan James, Rich O'Toole, Drew Womack, Randy Rogers and Wade Bowen. Josh Abbott may propel into Texas hearts and minds far before his time.

From Lubbock to Houston to Amarillo to Austin, the Josh Abbott Band is making themselves known and catching on fast! Whether it's the powerful ranging vocals, catchy lyrics that hook, or unique sound of an electric banjo, JAB is making their mark quickly. Look for their record ?Scapegoat? at Hasting and your favorite mom and pop record store as well as I-tunes, Lone Star music, and more to come.

Until My Voice Goes Out