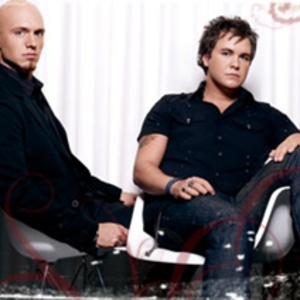 With roots firmly planted in the fertile musical soil of Texas, the Eli Young Band is a little bit country and a helluva lot of guitar-driven rock and roll. Their Carnival Recording Company debut, Level, finds them poised to bust out of the Lone Star State and bring their brand of music to a wider audience as they make inroads into neighboring states and the wider Nashville country scene. The band was formed almost five years ago by Mike Eli who grew up just outside of Houston and James Young who hails from Irving, TX.

The band was formed almost five years ago by Mike Eli who grew up just outside of Houston and James Young who hails from Irving, TX. After playing together as a duo they were later joined by drummer Chris Thompson of Colleyville, TX and bassist Jon Jones of Omaha, NE who all met while students at the University of North Texas at Denton, about 50 miles north of Dallas/Forth Worth. After graduating the group decided to stay in Denton and to this day make their home in the town.

Late in 2003 producer Frank Liddell (Jack Ingram, Miranda Lambert, Chris Knight) attended a show at the Gypsy Tea Room where EYB was playing on the bill with Miranda Lambert. He was blown away by the show and wound up signing them to Carnival Recording Company soon after. In April 2005, the Eli Young Band released Level, marking their debut on Carnival.

Level has drawn comparisons to The Jayhawks in the plaintive "When It Rains". The band members, all in their early 20s, have proven to be adept at blending their musical influences into a cohesive sound on this effort. You can hear the heartland rock of John Mellencamp in the autobiographical "Small Town Kid" and the crying-in-your-beer band on the road saga "Highways and Broken Hearts." There's the grinding blues of the Black Crowes in "Bring It on Home," and the romantic lament of "That's the Way" and "Everything Is You."