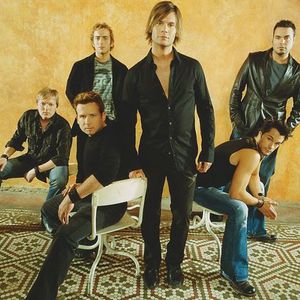 Emerson Drive, is a country music band which started out in Grande Prairie, Alberta, Canada in 1995. They received the 2002 Billboard Music Award for New Country Artist Of The Year. Their albums include Emerson Drive, What If?, and Countrified. Members of Emerson Drive are Brad Mates (lead vocals), David Pichette (fiddle), Danick Dupelle (lead guitar), Mike Melancon (drums) and Dale Wallace (keyboards). Mates is the only member of the band that now hails from Alberta, while the other members hail from British Columbia (Wallace) & Quebec (Dupelle, Melancon, & Pichette).

The band scored their first #1 in 2007 with the single "Moments". Emerson Drive has also been nominated for ACM and CMA Group of the Year in 2007 and a Grammy for Best Country Performance by a Duo or Group with Vocals in 2008.