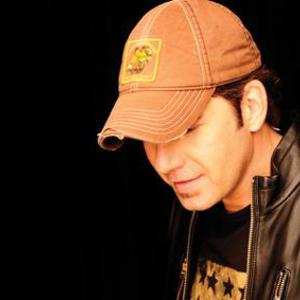 Rodney Atkins, born March 28, 1969 in Knoxville, Tennessee, is an American country singer. He was an adopted child. As an infant at the Holston Methodist Home for Children in Greeneville, Tennessee, he was so sick that two couples who had taken him home returned him just a few days later. A third couple from Cumberland Gap, Tennessee, adopted him as well and, even though his ailments worsened, refused to give him up. His adoptive mother had been raised in a coal mining family near a tannery camp, and his dad survived an upbringing marked by poverty and episodes of abuse.

Rodney is married and has a 4-year-old son named Elijah, who is featured in the video for Rodney's song "Watching You". While his career had a bit of a slow start, he subsequently achieved success with his first #1 hit (If You're Going Through Hell) and the fast climbing follow-up single (Watching You).

Songfacts.com reports that he lead-off single from Rodney Atkins' fourth album, titled Take A Back Road, finds the singer looking to leave the stress of the city. It was released on April 26, 2011.

Caught Up In The Country

Caught Up In The Country (& The Fisk Jubilee Singers) (CDS)

Take A Back Road

If You're Going Through Hell