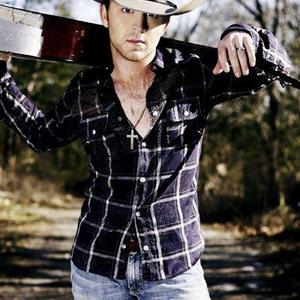 Justin Moore is an American country singer. He was born and raised in Poyen, Ark. One set of his grandparents raised cattle and he helped with the chores. The other grandparents taught him how to hunt and fish. Although he was a star athlete in high school, he moved to Nashville after graduation to pursue a music career. He teamed with songwriter-producer Jeremy Stover to record some demos of original songs, which eventually found their way to Alan Jackson's producer, Keith Stegall. Moore released his self-titled debut album on the Valory Music label in 2008.

According to Songfacts, the debut single from Moore's second album, Outlaw Like Me, is If Heaven Wasn't So Far Away. The song was originally recorded by Rhett Akins in 2006.

Why We Drink (CDS)

Til My Last Day: The Love Songs (EP)

With A Woman You Love (CDS)

Off The Beaten Path (Deluxe Edition)