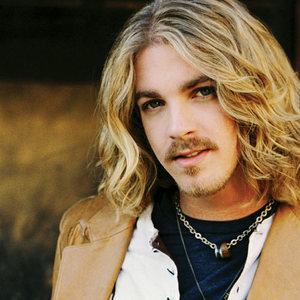 Bucky Covington's road to Nashville came down to convincing one person. He had impressed millions with his talent and charisma on "American Idol," making it to the final eight, but it was something else that sold him to Sawyer Brown frontman and producer Mark Miller. "There was a quality in his voice that was honest," says Miller. "I believed him when he sang." Miller approached Covington...

"There was a quality in his voice that was honest," says Miller. "I believed him when he sang."

Miller approached Covington, and their collaboration has led the North Carolina singer to a deal on Lyric Street Records and a debut single, "A Different World," that is taking the Idol favorite to the country charts and airwaves.

It's a chain of events that almost didn't happen. Covington was a popular local club singer with a day job in his father's auto body shop when he toyed with the idea of a 12-hour drive to an Idol tryout in Memphis. Hurricane Katrina canceled the event and Covington let it slide. Then his sister-in-law told him of a newly scheduled tryout in nearby Greensboro.

Stardom was nothing more than an idle dream when Covington picked up the guitar at age 19. He played in southern rock bands and then in the highly popular country/Southern rock band Southern Thunder, becoming one of the area's top draws. His increasing popularity and the continual urging of friends finally convinced him to take his shot at the big time.

He and his identical twin Rocky were born in Rockingham, NC, and raised in Laurinburg after his parents' divorce and mother's remarriage. Drawn early to country music, Covington was a fan of Tim McGraw, George Strait and Travis Tritt, among others. He enjoyed motocross and music as a teenager, and juggled weekend gigs with his work in the body shop after graduating from high school.

Throughout his career, the believability that led Mark Miller to want to produce him has been bound up in Covington's very approach to music.

That was very much in evidence on the 39-city American Idol tour and then on GAC's Country Music Christmas tour, where he showed himself to be a compelling and versatile performer, winning fans in city after city. Now, with the release of his debut single and album, the rest of America will get to witness Bucky Covington's emergence as one of country's most outstanding young performers.